We have been listening from quite some time that Samsung is going to expand its A series by launching Galaxy A90. Samsung’s A-series has also got huge popularity just as if its J-series. We already knew that Galaxy A90 will come with Snapdragon 855. However now, Samsung Galaxy A90 5G appeared on Geekbench revealing some important specs. 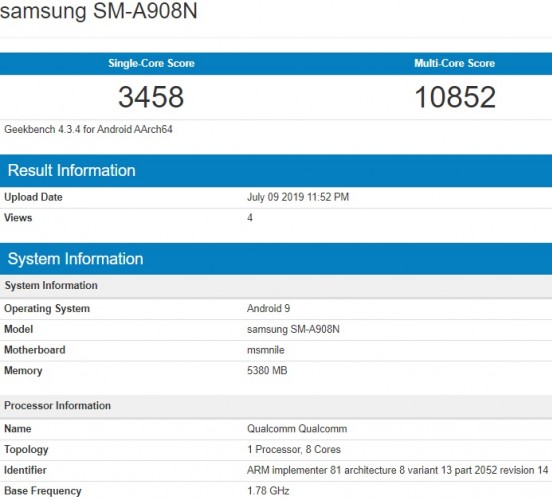 However, the previous rumors reveal that the Galaxy 5G model will have a 6.7″ FHD+ Infinity-U Super AMOLED display. Moreover, the Galaxy A90 will come with a triple camera set up at the back The triple camera set up will include 48MP, 12MP and 5MP units. The rumors also suggest a “pop-up rotating” camera. The camera will work as a rear and front camera so that you can take beautiful selfies and photos.

It seems like the phone will launch very soon. So, Stay tuned for more updates.