Samsung has officially launched the Galaxy A10, A30 & A50 in India earlier today. We all know that Samsung is also working on a new handset, Samsung Galaxy A90 that is tipped to be the company’s first pop-up selfie camera phone. Recently, some leaks suggested that the upcoming handset will not only feature a pop-up sliding camera but it will also sport a rotating camera mechanism. Furthermore, it is claimed that the upcoming phone will be kind of a hybrid of OPPO Find X & OPPO N1.

Samsung Galaxy A90 Will Come With Rotating Camera Mechanism

Samsung seems to be spicing the things up. The leak suggests that Galaxy A90 will not only feature the Pop-up Sliding mechanism but will also have a rotating camera mechanism that will allow the camera to be used as a front and rear camera depending on its position. 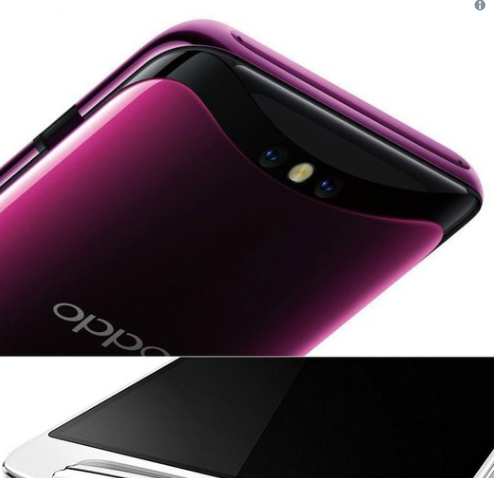 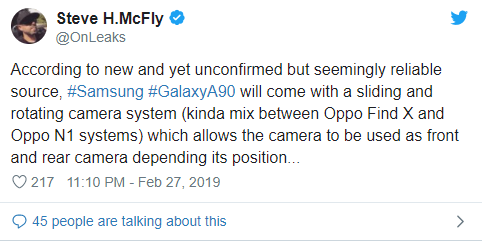 The Pop-up Camera phones are getting popular day by day. Most of the smartphone makers are working on pop-up camera designs. No doubt, a pop-up camera makes the handset more elegant, but it does have some potential issues. The issue may be the durability of the motorized drive that pushes the camera of any handset up and down. Moreover, a smartphone with a pop-up camera may not have an IP rating for protection from dust and water.

We are not sure about any of these features right now as there had been no official words from the company yet. We had no information regarding the Galaxy A90 Specs as well. So, it will be too early to say something right now. Hopefully, we will see a new innovative design from the company soon.