Samsung Galaxy Fold was announced at the Samsung’s Unpacked event back in February. It is the first foldable device with a flexible display by the company.  Recently, the handset got certified at TENAA. We know most of the key specs of the device as it had been already announced at the event. However, the TENAA Certification has confirmed that Galaxy Fold will also be available in China very soon.

In addition to all that, it will run Android 9 Pie out of the box. The Upcoming Galaxy Fold will pack a 4380mAh battery with support for fast charging. Moreover, it will have a USB type-C port at the bottom but will have no audio jack. It will sport a side-mounted fingerprint scanner as well.

There will be two cameras above the flexible display of the handset that will include a 10MP f/2.2 sensor and an 8MP f/1.9 sensor both for selfies. However, the triple rear camera set up will include a 12MP telephoto camera with OIS and an f/2.4 aperture paired with a 12MP wide-angle camera with a variable aperture (f/1.5 and f/2.4). The third sensor will be of  16MP ultra-wide angle camera with an f/2.2 aperture. It will also have a 10MP f/2.2 selfie camera above the smaller display when it is folded. 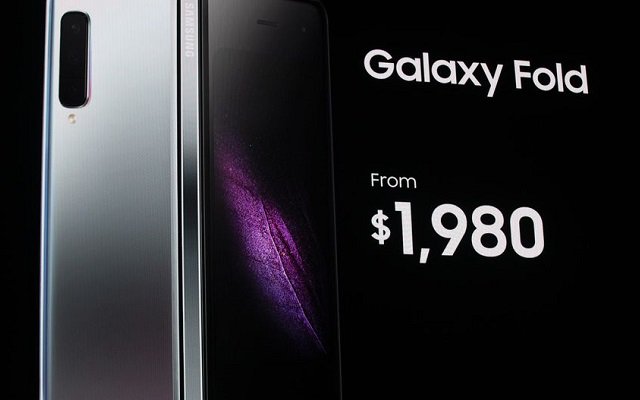 Galaxy Fold Price is set to be $1980. The device will be available for purchase on April 26 in some markets. However, there are still no words about the color and RAM Variants of the device yet.