Samsung’s hunt of releasing smartphones seems a never ending one. Samsung has announced another couple of big screen phones; Galaxy Grand and its dual-sim version Galaxy Grand Duos. This device comes up with many mixed features and specifications of its successor devices and is a complete package.

[blockquote align=”right”] The Galaxy Grand looks exactly like the Galaxy S III but is bigger than it.
[/blockquote] 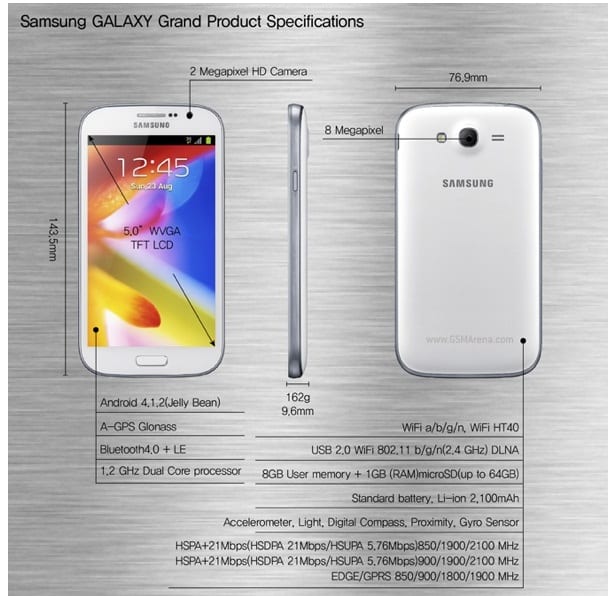