The Samsung Galaxy launched a new series of Galaxy S10 series containing  S10e, S10, and S10+. Each phone is jam-packed with cutting-edge mobile technology. Samsung began pushing out the stable upgrade to Android 12-based One UI 4 for the Galaxy Z Fold2, as well as the Galaxy Note20 and Galaxy S20 lines. Samsung’s newest custom Android interface is now available for the Galaxy S10 series.

Samsung introduced One UI 4 for the Galaxy S10 series on Wednesday, making it the company’s third flagship range to receive the upgrade following the S21 and S20 series. 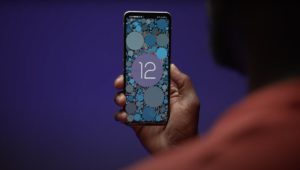 The firmware version G97xFXXUEGULB  as well as the normal Android 12 and One UI 4 features are now available for the Galaxy S10e, S10, and S10+. As per reports, the launch date is not confirmed but according to the resources, it will release December 2021.

There is no ETA for when the update will be distributed in additional locations, but we expect it to be quite soon assuming all goes well and no errors are detected during the initial rollout. 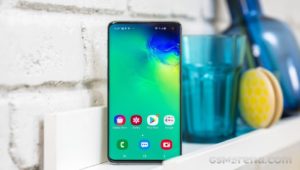 To see if your Galaxy S10e, Galaxy S10, or Galaxy S10+ has gotten the update, go to Settings > Software update. If it is available, simply touch on Download and install.

One UI 4 is based on Android 12 and includes several modifications like dynamic wallpaper-based theming, redesigned widgets, new animations, a revised quick settings panel, and some new capabilities.