As we all know that Samsung Galaxy Note 7 had caught fire. Due to which Samsung has to stop selling and manufacturing the Note 7. After bearing such a loss, one more Samsung smartphone is suffering with same problem. After Note7, Samsung Galaxy J5 Catches Fire in France. However, it is the first report of J5 caught fire.

Lamya Bouyirdane, owner of Galaxy J5, said that during a family gathering at her home, she noticed that her phone was very hot. She threw the phone away, when smoke was coming out. Then suddenly phone caught fire and her partner extinguished it quickly. According to her, she bought the phone online.

According to William Stofega, a mobile analyst for IDC, the phone has been on the market for several months now and this is the first report of a battery fire. He said.

“These reports tend to cluster,”

He also said that these batteries use Lithium-ion batteries. These batteries also use in Laptop, tablets and smartphones. Any damage or design flaw can lead to serious short circuit. Samsung, however, did not comment on the report because it has not investigated the case yet.

“We are unable to comment on this specific incident until we obtain and thoroughly examine the device. Customer safety remains our highest priority and we want to work with any customer who has experienced an issue with a Samsung product in order to investigate the matter and support them,”

Samsung said in the statement.

“The issues with the Galaxy Note7 are isolated to only that model.” 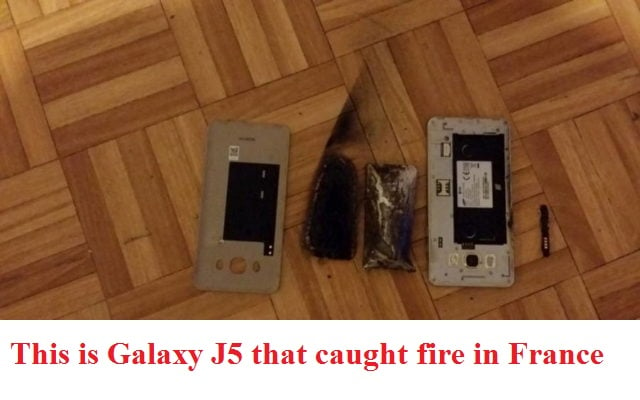