Samsung is just about to launch its rumored smartphone, Galaxy J6 (2018), most probably, today in Europe. Just before the launch, Samsung Galaxy J6 (2018) Specs Leaked. According to reports, the phone will launch today and will go on sale from tomorrow.

As expected, the device will be built around an Infinity Display with 18:9 aspect ratio and HD+ (720×1480) resolution. At its core will be the Exynos 7870 chipset with a Mali-T830 MP1 GPU. Moreover, it will have 3GB of RAM and 32GB of storage. There’s a microSD card slot for further expansion.

Samsung Galaxy J6 (2018) will have a single 13MP F/1.9 camera sits on the back alongside an LED flash. Furthermore, the front-facing snapper has an 8MP sensor and fixed-focus F/1.9 lens. The Samsung Galaxy J6 (2018) runs the Android 8.0 Oreo with the company’s Samsung Experience launcher on top. It offers face unlock support as well as a rear-mounted fingerprint scanner. 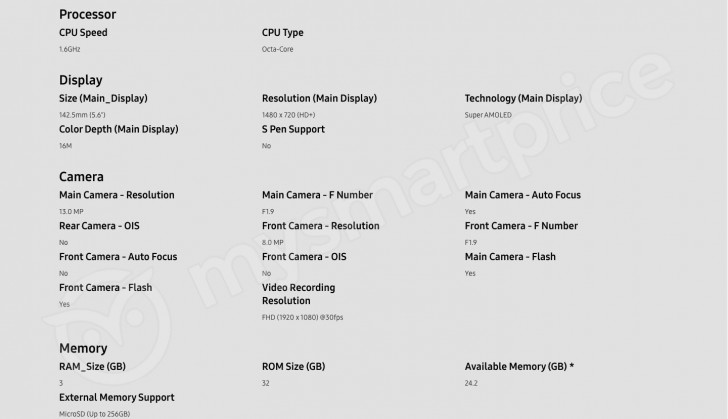