We all know that Samsung is all set to launch their two new budget-friendly smartphones in the coming weeks. The Samsung Galaxy J4 Prime and Galaxy J6 Prime will be the company’s most affordable phones with premium features. The smartphones might be introduced as Galaxy J4+ and J6+ in some markets. Although the phones are likely to be the same specs-wise. Recently, Samsung Galaxy J6 Prime appeared in 360 renders which unveiled its design details.

Onleaks and 91Mobiles have just released a set of renders and a 360-degree video that shows the phone from all angles. According to them, the Galaxy J6 Prime is expected to boast a large 6-inch display with 1520 x 720 pixels resolution. Moreover, it will have 18.5:9 aspect ratio. 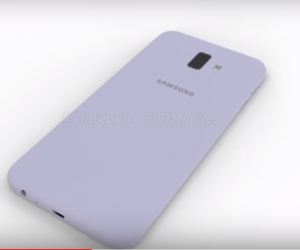 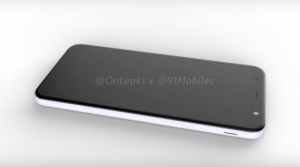 Furthermore, the handset is rumored to include a Qualcomm chipset. It will have either 3GB RAM and 32GB storage or 4GB RAM and 64GB storage. Galaxy J6 Prime will run Android Oreo right out of the box. In addition to that, it will be powered by a 3,000 mAh battery according to some previous reports.

It is claimed to be the Samsung’s mid-range smartphone. It will feature a fingerprint sensor, which is apparently positioned on the right side. However, it will also sport dual-camera setup on the rear along with a LED flash. We still don’t know the details of the dual camera setup. However, it will have a 8-megapixel front camera.

The Samsung Galaxy J6 Prime Price in Pakistan will be more likely around Rs.30,000/-. However, this is an expected price. It seems to be an affordable phone with good features, specs, and a good price range. The Galaxy J6 Prime that was briefly listed on Samsung’s official website in Vietnam is expected to be unveiled soon.

Also Read: Samsung Galaxy J6 Plus and Galaxy J4 Plus to Launch Soon