Previously, we have told you that Samsung is working on its next M-series smartphone. Samsung Galaxy M12 is in rumours since last month. The phone has also appeared in CAD renders revealing its design. The company has not revealed the launch date of the phone. But it seems like that the launch date of the phone is quite imminent as Samsung Galaxy M12 Gets Bluetooth Certified. 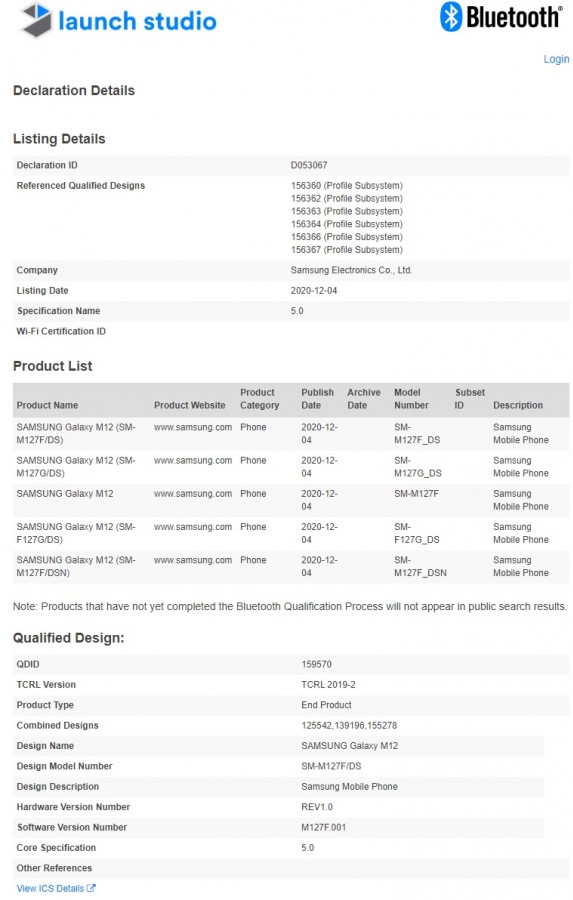 Just like other companies, Samsung is also developing the habit of launching the same phone with different names in different markets. So, it may possible that Galaxy M12 lands as Galaxy F12 in some markets. But we are not sure about it yet.

Unfortunately, the listing does not reveal any information regarding the phone other than confirming Bluetooth 5.0. However, according to leaks, the smartphone will pack a massive 7,000 mAh battery.