Samsung’s Galaxy M series is quite popular because of its mid-range smartphones. We have already seen some smartphones under this series. Now, the company is working on another one. Samsung Galaxy M12 has appeared in some renders earlier. Now, Galaxy M12 shines om Geekbench listing revealing some key specs of the phone.

First of all, the listing has revealed that the coming phone will launch with Exynos 850 chipset. It will be the second phone to release with the same chipset. Earlier, Samsung Galaxy A21s has launched with the same SoC back in June.

Anyways, the phone has appeared with the model number SM-M127F and managed to score 179 points in the single-core department and 1,029 points in the multi-core test. Additionally, the listing confirms that the coming phone will run Android 11 out of the box with 3GB of RAM.

This is all that the listing has revealed. However, the phone has also appeared previously on Bluetooth SIG listing. The previous listings and rumours have leaked some specs of M12 as well. 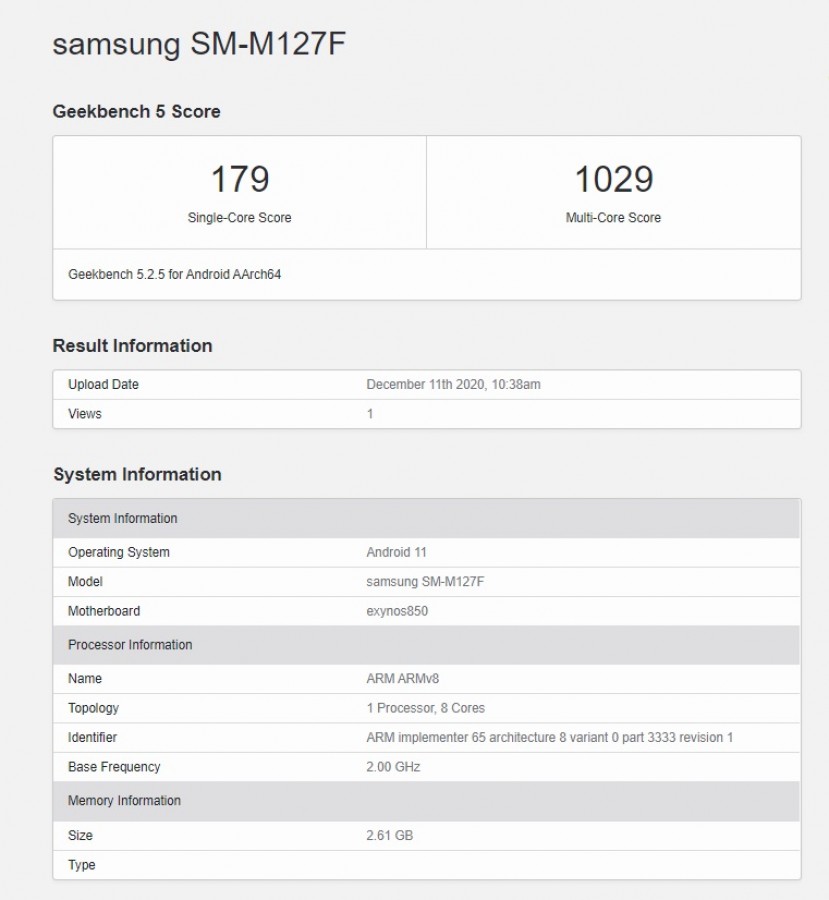 Just like other companies, Samsung is also developing the habit of launching the same phone with different names in different markets. So, it may possible that Galaxy M12 lands as Galaxy F12 in some markets. But we are not sure about it yet.

Surely we will get more information about the phone in the coming days. Till then do tell us in the comment section below, what could be the possible price of this handset?