Samsung is expected to release the Galaxy M13 5G in the near future. The smartphone was discovered on the FCC. According to the listing, the device will enable 15W rapid charging. It’s worth noting that Samsung recently released two new 5G smartphones in the M series, the Samsung Galaxy M53 5G and Samsung Galaxy M33 5G.

According to sources, the smartphone will not only be introduced in India, but will also be built there. The item was first noticed on the Bluetooth SIG certification last month, revealing that it would support Bluetooth 5.0 connectivity and had the model number SM-M135F. The gadget has now been discovered with the same model number on the FCC.

The Samsung Galaxy M13 5G will most likely include a dual-camera configuration on the back. Above the power button, the volume rockers should be on the right side. The Galaxy M13 5G will have 15W fast charging, according to the listing. 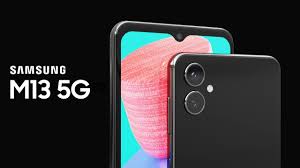 The phone will include a 6.5-inch IPS LCD and a dual-camera configuration with a 50MP primary sensor. Large batteries are something Samsung has consistently supplied with its M series smartphones. So we should anticipate the Galaxy M13 5G to be the same. The smartphone’s other specifications are currently unknown. However, as time passes, more information may become available.

Samsung has yet to announce a launch date for this smartphone. However, because the item has been listed on so many platforms, it is expected to be released soon.