Samsung has revealed the Galaxy M20 last January and now it’s time for its successor, M21. The phone has already been in rumours from quite some time. However now, the successor of Galaxy M20 has appeared on Geekbench. The listing has confirmed Samsung Galaxy M21 launch and some key specs.

The Galaxy M21 has appeared with the model number SM-M21F. The listing reveals that the phone will come with Android 10 out of the box. Furthermore, it will come with Exynos 9611 SoC with 4GB RAM.

The other specs are not known yet. But we will hopefully get it in the coming days. 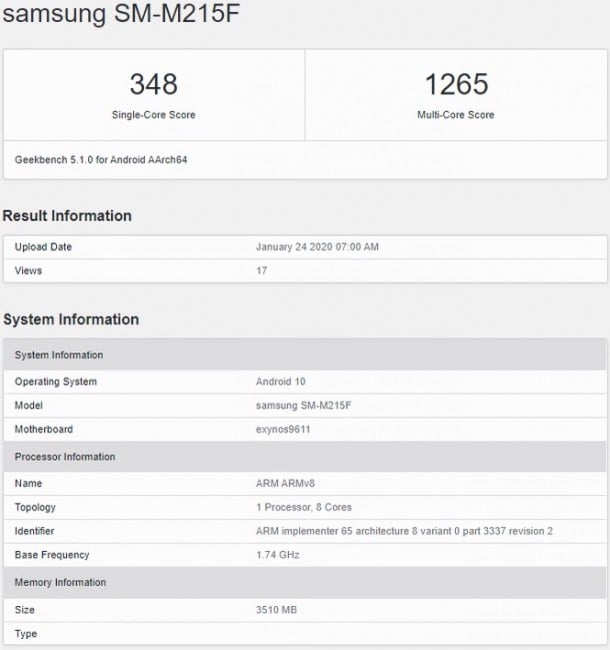 There is no news when the phone will launch. But the Galaxy S20 has launched last year in January. So, we may get the Galaxy M21 anytime this month.