Samsung has launched the first smartphone of 2020 of its Galaxy M-series. Galaxy M31 is the new addition to the Galaxy m-series. Samsung Galaxy M31 is basically the improved version of the previously launched M30 and M30s. Let’s have a look at the specs of the phone first.

The phone has a 6.4-inch FHD+ SuperAMOLED display with a 19.5:9 aspect ratio. It has a U-shaped waterdrop notch for the 16MP selfie camera.

Moreover, the phone has the polycarbonate back. There is also a quad-camera setup on the back. The main camera has a large 64MP sensor with Samsung’s Tetracell pixel binning. The second is an ultrawide camera of 8MP. Then comes two shooters, 5MP macro and 5MP depth sensor. You will also see the fingerprint scanner on the back as well. 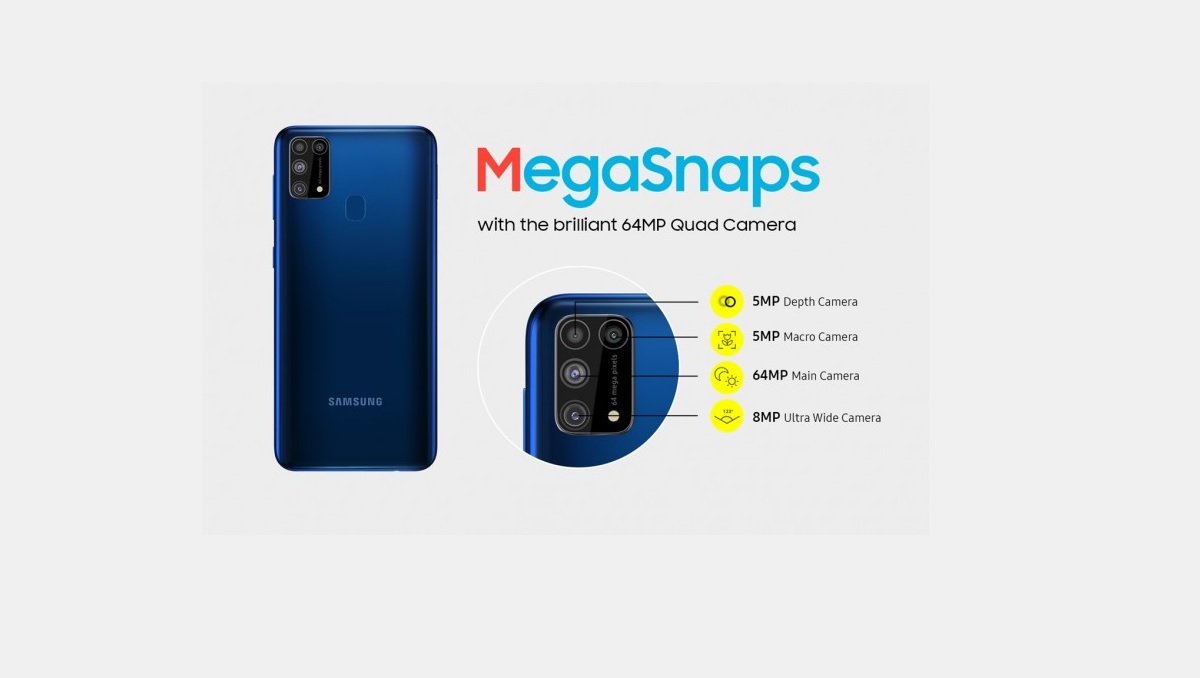 Furthermore, the phone has the Exynos 9611 chipset paired with 6GB of RAM. There are two storage options; 64GB or 128GB. You can also expand it using a microSD card.

Moreover, the phone comes with the Samsung One UI 2 on top of Android 10. One of the most promising features of the phone is its 6,000 mAh battery. Other specs include a 3.5mm headphone jack, FM radio support and Bluetooth 5.0.