The most awaited flagship device of Samsung, Note 9, is reportedly under development. We have already seen many rumors about the specs of the phone. Previous rumors also revealed the color options that we will get when the phablet will launch. However, the new press renders leaks reveal the Samsung Galaxy Note 9 Lilac Purple Variant. 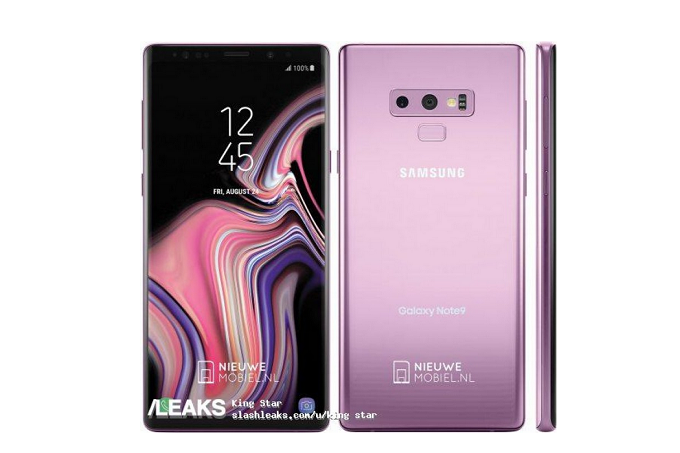 Furthermore, Note 9 will come with a dual-edge 6.4-inch display. It will have Qualcomm’s Snapdragon 845 for US variant. Whereas, the international model will replace this with Samsung’s own Exynos 9810 Octa. Moreover, the phone will come with 6 GB of RAM. However, the phone will come in three memory variants including 64GB, 128GB, or 256GB of internal storage. The users can also expand the memory via microSD.

Galaxy Note 9 is expected to come with many new features that may beat upcoming iPhone series. It’s believed that the new S Pen of Galaxy Note 9 will allow you to control smart home appliances. It can also act as a remote shutter key for the camera.

The rumors reveal the launch date of Galaxy Note 9 which is August 24th. Let’s see what new comes with the release of Samsung’s new Phablet. Also Samsung Galaxy Note 9 Lilac Purple Variant will be liked by others or not?