People were anxiously waiting for Samsung Galaxy Note 9 and company had called it the best phone of 2018. However a week later we came to know that Samsung has canceled two most vital features of Galaxy Note 9. However, Samsung lovers somehow absorbed it as it was expected that the two missing features i.e in display sensors and significant design of the device, will come in upcoming Galaxy S10.

Hearing this, people accused Samsung of intentionally holding back design technology it suggested for Galaxy Note 9 to Save manufacturing costs. The leakers also show the photos showing what Samsung promised to achieve and what it delivered. It seems that company has become lazy. 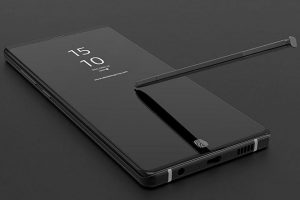 A new report from a reliable source “Korea Hearal” revealed that the Galaxy Note 9 Production is Whole Two months ahead of schedule. While announcing it, Herald after the controversial and disappointing sales of Galaxy S9 and S9 Plus, Samsung has fastened up the process of manufacturing Galaxy Note 9.

According to Hearald, Samsung Galaxy Note 9 will roll out in between July to August 2018. Previously the devices were announced to be launched on 15th September.

The only Good thing left in Galaxy Note 9 is the battery update. Maybe Samsung is accelerating the launch of Galaxy Note 9 so that it can launch Galaxy S10 before time as Galaxy S10 is expected to pack with all the features company promised.

In a tweet, he revealed that Samsung will make virtually no external design changes to Galaxy Note 9 Design. Surprisingly, Note 9 is 2mm shorter than Note 8. You can’t distinguish between both devices without careful observation.