We had been getting a lot of leaks regarding Samsung’s upcoming highly anticipated handset, Galaxy Note10. All the Samsung Lovers are expecting something good from this flagship phone. However, some of the previous leaks have unveiled that it might be worse than what people expect. An analyst Max Weinbach stated that:

“I think the Note 10 Pro is going to look MUCH worse than what people think with current concept designs. Like much much worse.”

Recently, we have come to know that the Samsung Galaxy Note10 might feature 45W Fast Charging that would be way too faster than last year’s Galaxy Note9.

A Reliable leakster Ice universe with Twitter Handle @universelce has recently shared a picture depicting the polymath Leonardo da Vinci. The image also includes the binary number 101101, which translates to the number ’45’ in decimal hinting at 45W Fast Charging tech. Let’s have a look at that: 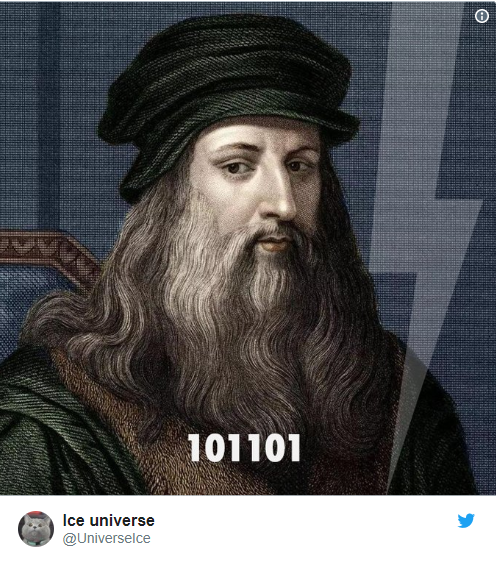 According to the previous rumors, the camera set up of the handset will be located at the upper left corner. The rear camera configuration further suggests that selfie hole punch camera cannot be placed in the right corner due to less space. Just like S10, the fingerprint sensor will be located under the screen. So, it means that some of the previous rumors of Note 10 do not seem to be true. The handset will not boast an infinity-O screen and central hole punch camera at the top. The smartphone is still in the pipeline of rumors. We can’t say anything for sure right now as there had been no official words regarding the handset yet.

Let’s see what come next. Till then, stay tuned for the latest updates.