The battle of the copywriters often is more interesting than watching India-Pak cricket match. Samsung didn’t let the opportunity to go and it strike back at rival Apple soon after the latest edition of its smartphone – the iPhone 5.

Samsung released an ad that compares the specifications and features of the two top-of-the-line smartphones – Apple iPhone 5 and Samsung Galaxy S III. This Samsung’s attack-ad running in US newspapers.

Ad says: “It doesn’t take a genius,” and follows that with, “The next big thing is already here, Galaxy S III.” 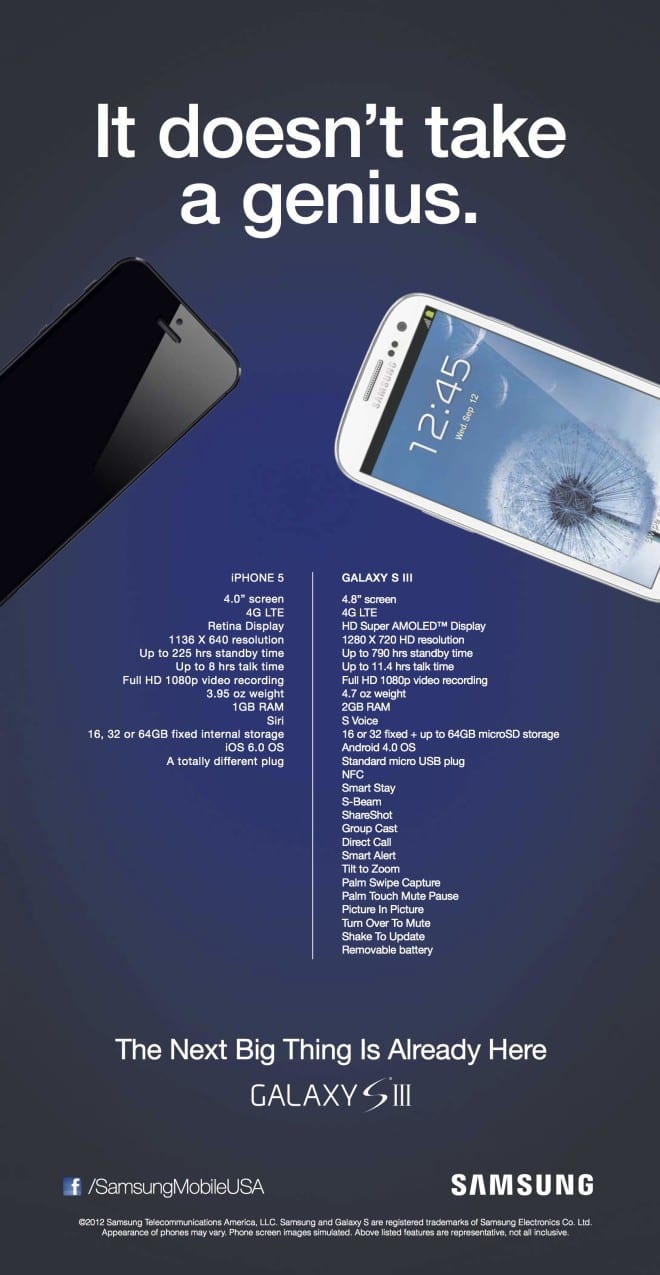