We have been getting a lot of rumors and leaks regarding Samsung Galaxy S10 and S10 Plus for many months. A few weeks ago, we came to know that Galaxy S10 will come with a brand new Infinity-O display.  Then the Samsung Galaxy S10 Plus Passed Certification in Russia. The certification didn’t reveal any information regarding the devices. However, it unveiled the model numbers of the upcoming handsets. Recently, we have come to know that Samsung has plans to introduce a night mode similar to Google Night Sight. So, it is expected that the Samsung Galaxy S10 Camera will feature a low light mode called “Bright Night”

Samsung is also planning to bring a camera feature called “Bright Night”. It will be a low light mode similar to Google’s Night Sight and Huawei P20 Pro’s Night Mode. It is expected to come with all new One UI in the upcoming Galaxy S10 Series. The feature is quite effective in taking multiple pictures and combining them into a single brighter image with more detail in the low-light environment. Let’s have a look at the result of Google’s Night Sight and Huawei’s Night Mode. 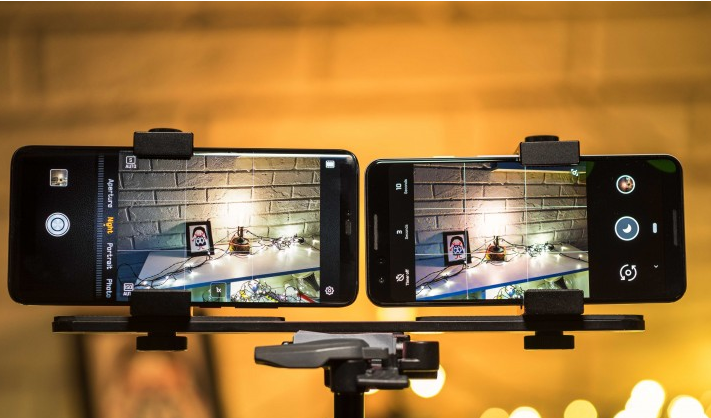 According to the previous reports, SM-G970, SM-G973, and SM-G975 were the model numbers of the variants that were tipped to correspond to the Galaxy S10 Lite, S10, and S10+. After that, new addition with model number SM-G977 popped up. So, there are great chances that the last variant could be the 5G version, the company is working on. The upcoming Galaxy S10 model that will include 5G connectivity will have no less than six cameras. It will be the most expensive variant. Furthermore, it has also been reported that the other variants will include one 5.8-inch model and the Plus-sized model with an in-display fingerprint sensor. Moreover, there had been no official words by Samsung about Galaxy S10 Series yet.