Samsung Galaxy S10 is expected to launch in Q1 2019. It will be Samsung’s first device with an in-display fingerprint reader. According to the new report of Taiwan that the company is going to use Qualcomm’s Third-Gen Ultrasonic Fingerprint Readers.

First Qualcomm’s ultrasonic reader was introduced in 2015 and now a third generation reader has been developed. We will get the opportunity to see it in Galaxy S10 as it meets Samsung’s requirements. 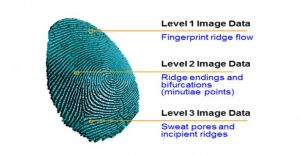 Qualcomm will need a huge supply for the initial launch. The company has reportedly collaborates with Taiwanese companies General Interface Solutions (GIS) and O-Film to produce the modules. Qualcomm has been working with General Interface Solutions in order to develop the new sensor. O-Film has also worked with vivo for X20 UD and X21 UD building.

In upcoming Samsung Galaxy S10, the ultrasonic fingerprint reader will be attached to the back of the display panel. Optical readers need a transparent screen and they will also impact the image quality of the display.

Read Next: Samsung Galaxy S10 Will Have Greatly Improved Screen to Body Ratio