We already know that Samsung is planning to bring its Galaxy S21 flagships next month. Now a month before launch, the phones have started appearing on different certification sites. This time, Samsung Galaxy S21 Certified by FCC. The phone has appeared with model number SM-G991U. The listing revealed that the coming phone will come with 25W wired charging support.

One more interesting feature, the listing mentioned is, 9W reverse wireless charging, doubling the rate of the Galaxy S20 rates. 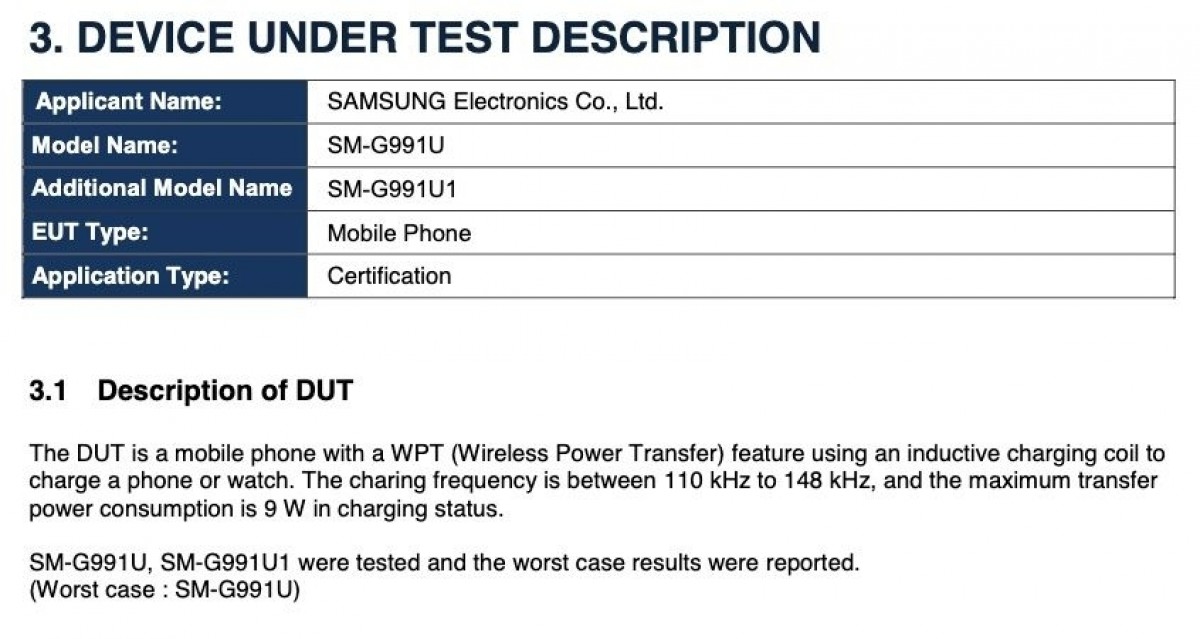 Additionally, the listing also revealed some information about a charger. The EP-TA800 adapter was also approved by the US regulatory. However, it is unclear whether the phone will ship in the retail box or customers have to buy it separately.

This is all that the listing has revealed. But thanks to previous rumours, we know that the phone will have a newly launched Snapdragon 888 chipset. The phone with this chipset has also run Geekbench 5 test. Although the result was not satisfactory. But it may possible, the company is optimizing the software with the chipset.

Moreover, the phone will have 8GB RAM and a flat 6.3” screen with a 120Hz refresh rate. While the S21+ and S21 Ultra will have 6.7” and 6.8” respectively. Also, the Ultra model will come with a higher-resolution 1440p LTPO display. The leaks have also confirmed that the coming S21 Ultra phone will come with support for the S Pen.

The thing that we know so far about the series is that it will launch quite earlier this time. The series is expected to launch in January. Different models of the series have also appeared in many leaks and bagged some listings.