Samsung Galaxy S21 Ultra, the rumored most luxurious version in the next-generation Galaxy S series is tipped to offer a 120Hz display refresh rate at 2 K resolution. This is similar to this year’s Samsung Galaxy S20 line-up which also has the capacity to go up to 120Hz, but to deliver this refresh rate at 2 K resolution display would be a first for a Samsung flagship. The Samsung Galaxy S21 Ultra also leaked the camera specs online. The phone is found on the NFC certification site as well.

Starting with the display leak, tipster Ice Universe has taken to Twitter to share that the Galaxy S21 Ultra will have a 120Hz display refresh rate just like its predecessor, but with 2K, aka QHD+, resolution. 2K resolution is somewhere between full-HD+ (1080p) and 4K. The resolution could vary based on the display size, but it should be somewhere around 1,440p. If this leak holds any weight, then this will be the first Samsung phone to have 2K resolution with a 120Hz refresh rate.

Additionally, 91Mobiles also spotted the Samsung Galaxy S21 Ultra on the NFC certification site. The phone is reportedly listed with the model number SM-G998U, but the listing says little else about the phone apart from the fact that it will support NFC. 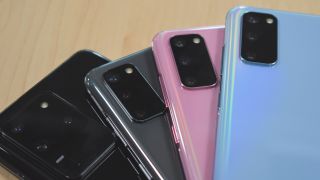 Past leaks suggest that the Galaxy S21, Galaxy S21+, and Galaxy S21 Ultra smartphones in the series will go on sale on January 29. The launch is expected to be held on January 14 and pre-orders of the smartphones will begin the same day of the launch. The phones are said to be available in Black, White, Grey, Silver, Violet, and Pink colors. There are no expectations shared regarding phone price.