Samsung is one of the world’s largest smartphone manufacturers. The company keeps introducing new smartphones with a plethora of features to give tough competition to its rivals. One of the biggest reasons for its huge success is the popularity of its Galaxy S Series. Samsung is now wrapping up to launch its upcoming highly anticipated series, Galaxy S23 Series. The all-new series by the company will include S23, S23+ & S23 Ultra. We are confident that Samsung will pull it off with its new flagship phones. Today, in this article, I’ll be jotting down the details regarding the Samsung Galaxy S23. Let’s get started. 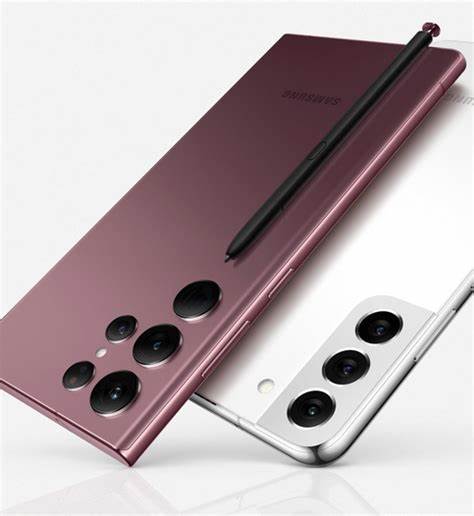 There had been a lot of leaks regarding the design of the upcoming handset. The Galaxy S23 is tipped to feature a quad-curved display. We have already phones like the Honor Magic having its tri-curved screen, or the quad-curved Xiaomi concept smartphone, so, it is not a big deal for the tech giant Samsung. The company will hopefully succeed in creating a phone panel that slopes on all sides. The quad-curved “waterfall” display will bring improved aesthetics hinting at a radical Galaxy S23 revamp.  The upcoming S23 series, or at least its Ultra member, is tipped to sport an under-display selfie camera and a truly all-screen design. On the other hand, it is also possible that Samsung might bring high-end features to only its Ultra variant. If it came out to be true then the S23 and S23+ will have designs similar to their predecessors.

The Galaxy S23 and Galaxy S23 Plus will carry a lot of specs over from the Galaxy S22 series. It means that the handsets will come with at least 8GB of RAM, at least 128GB of internal storage, and 1080p displays with 120Hz refresh rates.

The Galaxy S phones are almost always the first globally available devices with the latest flagship silicon from Qualcomm. 2023 is also not expected to be different in this regard. All three Samsung Galaxy S23 phones are expected to come with the Snapdragon 8 Gen 2 inside. It will be for devices in North America, Korea, and India, while other countries will probably get the Exynos 2200. Everyone has high hopes for the flagship Exynos 2200 with its AMD-powered graphics. However, the chip ultimately proved lackluster at best. Samsung needs to figure out why Exynos chips lag behind Snapdragons, or it needs to give up and use Qualcomm’s Snapdragons everywhere.

The Galaxy S23 will come with LTPO Amoled 6.3 inches screen having a 90.1% screen-to-body ratio. The screen resolution is expected to be 1440 x 3200 Pixels, a ratio of 20: 9. The screen protection will be of Corning Gorilla Glass Victorus. Furthermore, it will have a refresh rate of 120Hz. We have been getting leaks regarding the camera details of the S23 phones for the last two months. The most astonishing feature of the upcoming series is its main camera sensor. According to the latest reports, the ultra variant is expected to boast a 200MP camera.

There are only two 200 MP smartphone sensors from the South Korean tech giant that include the ISOCELL HP1 and HP3 camera sensors. The HP3 is only a mid-range smartphone camera sensor despite the fact that it flaunts up to 200 megapixels. A 4×4 hybrid pixel-binding technology is used in the HP3 sensor, which combines 16 adjacent pixels into one huge pixel resulting in a bright and detailed photo. Furthermore, the HP3 sensor is set to debut on the upcoming smartphones of Motorola, either the Edge 30 Ultra or the X30 Pro.

According to the latest reports, the upcoming S23 Ultra will use a 200MP main camera sensor. If it came out to be true then S23 Ultra will become Samsung’s first 200MP flagship phone. The reports claim that it will come with the sensor model, ISOCELL HP1, and will have a 1/1.22 inch super outsole. Furthermore, its unit pixel area will be ​​0.64 μm and it will support 4-in-1 pixels.

According to the latest reports, there will be no modifications to the telephoto camera on the less expensive variants. The Galaxy S23 & S23 Plus will include a 10MP telephoto camera similar to the S22 and S22 Plus. Moreover, it does not rule out additional possible modifications to the zoom camera as well. However, it seems that nothing will change if the resolution sensor remains the same.

It is expected to have an upgraded selfie shooter of 12MP resolution, up from 10MP on the S22.

Samsung inexplicably reduced the sizes of the batteries in its last Galaxy series which ended up in weaker battery life. So, it is expected that Samsung may rectify this mistake. The Galaxy S23 and Galaxy S23 Plus variants need to have batteries that are at least the same size as the Galaxy S21 and Galaxy S21 Plus. The smartphones must boast battery capacity of 4,000mAh and 4,800 mAh respectively. There had been no words regarding wireless charging yet.

The upcoming handsets of the series will come with Android 13 making the life of smartphone users easy with user-friendly and smart features. If you want to know more about the Android 13 Tiramisu Update, click here.

All Rumors & Leaks Regarding Galaxy S23 Till Date

One of the rumors about the upcoming handset is that there would be no MediaTek partnership for the Galaxy S23 or Galaxy S22 FE in the future. We also heard that Samsung has stopped production of Exynos chips for two years in order to make a new Galaxy-only chipset ready for 2025. It is only possible if Samsung is looking for alternative chipsets, even those from MediaTek rather than current partner Qualcomm. In addition to that, Samsung might still be interested in improving its Exynos brand, considering the fact that the Exynos 2200 failed to meet our expectations, lagging behind the Snapdragon 8 Gen 1 in our Galaxy S22 Plus benchmark tests.

Another rumor claims that the Galaxy S23 and S23 Plus will both come with a 12MP front camera. It will be the first time when a model will have a resolution upgrade since the launch of the Samsung Galaxy S10 in 2019.

The biggest rumor is about the 200 MP Main Camera sensor. We are not sure at all whether Samsung plans to continually improve the camera over the years with software updates or if the Korean phone maker will improve the 200MP sensor following the S23 Ultra’s launch. It suggests that a 200MP main camera could be the key to unlocking more out of Samsung’s Galaxy phone photography.

To What Extent Are These Rumors Authentic?

If we talk about the camera improvements then they seem authentic to some extent because other mobile makers like Motorola are already using more refined sensors on their handsets like Motorola’s X30 Pro or the Motorola Edge 30 Ultra. So, in order to bid tough competition to its rivals, Samsung might have another sensor planned for its own flagship. Samsung also showed off a video of the 200MP HP1 camera sensor in action by snapping a photo of a cat and then blowing up that image to fit a 28 x 22-meter canvas that was hung off the side of a building. It clearly hints at the improved 200 MP sensor. So, this rumor seems true. However, the detail about the chipset is still blurry. We are still not sure whether Samsung will ditch the Exynos chipset or not. The upgraded selfie snapper is not a big deal for the tech giant. So, it also seems true.

If tech giant, Samsung keeps the Galaxy S23 announcement schedule intact, preorders for Galaxy S23 will start on February 8, 2023.
The highly anticipated Galaxy S23 models may turn out beneficial as you will not only be getting the most advanced processor and 5G modem hardware, but you may also get a new design and “waterfall” display aesthetics. So, if all the rumors and leaks regarding the handsets came out to be true then this series will surely blow you off with its high-end features. Moreover, if the rumor regarding the 200MP camera and the fact that the 108MP sensor may trickle down to the S23 and S23+ came out to be true then the Galaxy S23 is surely shaping up to be a series worth waiting for. However, you will have to pay more in order to get your hands on these flagship phones because high-end features will warrant a higher S23 price as well.
Also Read: Galaxy S23 Ultra To Flaunt 200MP Camera
Advertisement
Laiba MohsinLast Updated: Jul 21, 2022
Share
Facebook Twitter Pinterest
Advertisement