Samsung Galaxy Watch has won with these wonderful features

It features LTE connectivity and charges wirelessly. The company’s forgoing its previous Gear branding and is instead tying the watch more directly to its Galaxy smartphone and tablet line. Samsung Galaxy Watch includes Bixby as a voice assistant, along with a much-improved battery life.

At Unpacked 2018, Samsung did not announce the Gear S4, as we initially thought it would be, it was called the Galaxy Watch. This big rebrand is an attempt to generate sales, and shake of the poor selling Gear range. The best thing about the Galaxy watch is that it can track sleep.

The watch will also keep track of your schedule, acting as a digital assistant, briefing you about all of your events and reminders for the day, before you have time to forget.

Here are the pictures of Galaxy Watch from Launch Event: 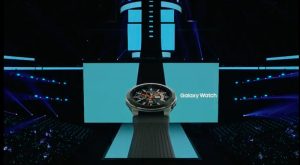 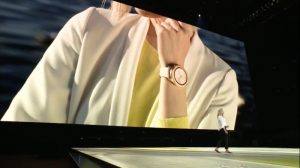 Galaxy Watch feels exactly like the Gear Sport, but a little lighter with more of a plastic feel. The big one is very big. Small one is nice. 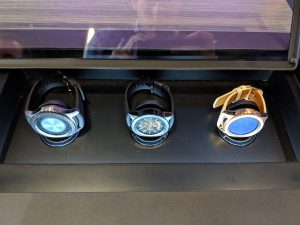