People were anxiously waiting for Samsung flagship device, Galaxy Note 9 until it abandoned its most awaited feature. Yes, sadly we came to know that Samsung Galaxy Note 9 will not Have a Fingerprint Reader Integrated into Display. Mysterious Ice Universe, like always has a bad news. Galaxy Note 9 Design is a copy paste of Galaxy Note 8.

In a tweet, he revealed that Samsung will make virtually no external design changes to Galaxy Note 9 Design. Surprisingly, Note 9 is 2mm shorter than Note 8. You can’t distinguish between both devices without careful observation. 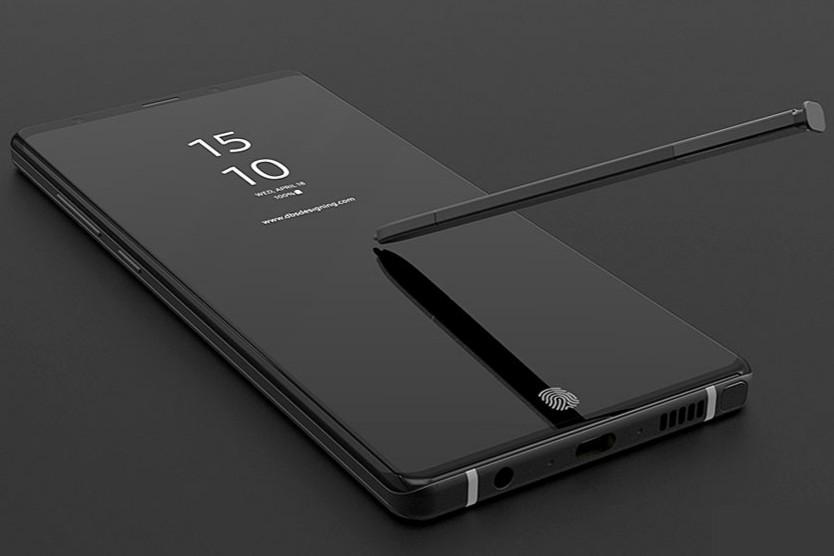 Galaxy Note 9 concept was too ambitious
Hearing this, people accused Samsung of intentionally holding back design technology it suggested for Galaxy Note 9 to Save manufacturing costs. The leakers also show the photos showing what Samsung promised to achieve and what it delivered. It seems that company has become lazy.
Samsung decided to reuse the front camera of the Galaxy S8 in the Galaxy S9 when that selfie shooter was already lagging behind its main rivals. 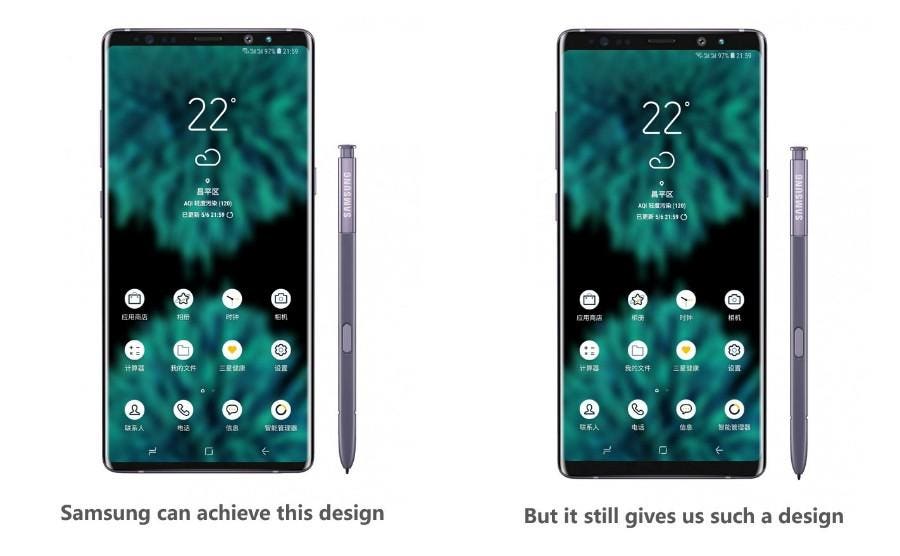 Galaxy Note 9 – the potential and the reality

We are expecting the upcoming Samsung Galaxy Note 9 to feature the 2018’s trendy specs and SuperSpeed Dual Pixel camera as the Galaxy S9+.