Samsung Electronics, a market leader and award-winning innovator in the electronics industry and a major player of smartphone industry has officially announced the launch of its new F Series Smart Televisions for 2013 in Pakistan, which is designed to completely transform Home-Entertainment concepts in an event held in PC, Lahore. 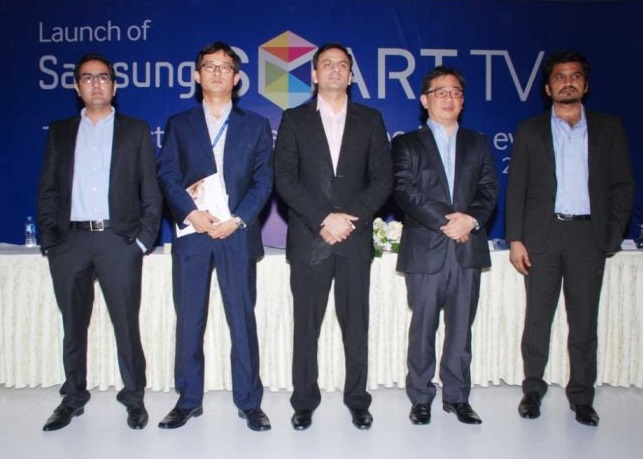 [blockquote cite=”Mr. John Park – Managing Director, Samsung Pakistan”] The ethos behind the new series is Samsung’s belief that the television is not only the center of the living room, but also the center of a modern day user’s life. Keeping this in mind, Samsung has focused on Design, Interaction, Sharing and Exploration of new technology to make our new range of TV models even more indispensible to the end user
[/blockquote] 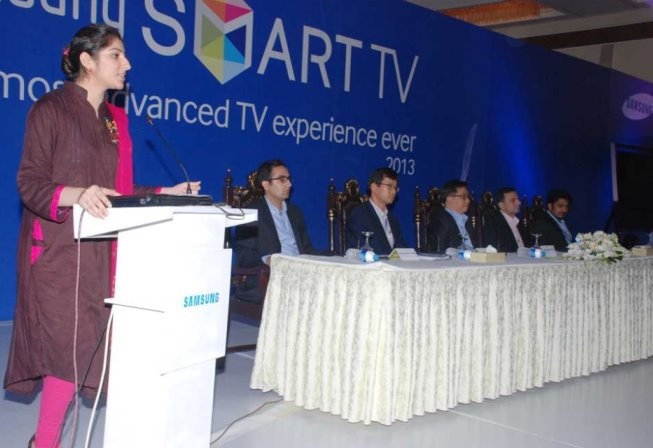 Samsung is leading the industry from a decade now; it owns half of the market share of mobile industry due to its Galaxy series.

Performance is obviously an important aspect of any television and Samsung has paid heed to this key feature in its new range of televisions. The pinnacle of its capabilities is represented by the 85-inch UHD TV which has a resolution of 3840 x 2160 pixels. The Smart Hub has been expanded and upgraded to be better than ever before. It has been given a complete facelift and comes with a completely new user interface.

Samsung has also introduced the Evolution Kit for the benefit of those who possess older Samsung models. Just plugging this device in will upgrade older Samsung Smart Hub to the new version. As always, the company has promoted the great synergy between its smartphones, tablets, notebooks and TVs. Amazingly; its customer can mirror their smartphone screen on the television and use their mobile device as a source for video content.

Samsung consistently seeks a deep insight into the changing needs, preferences, lifestyles and traditions of its customers dwelling in all regions of the world. This helps Samsung in creating products that are built to enhance the living standards of the consumers and ensure its customer’s happiness. The new TV series will surely strengthen Samsung’s position further as the dominant leader in the industry. 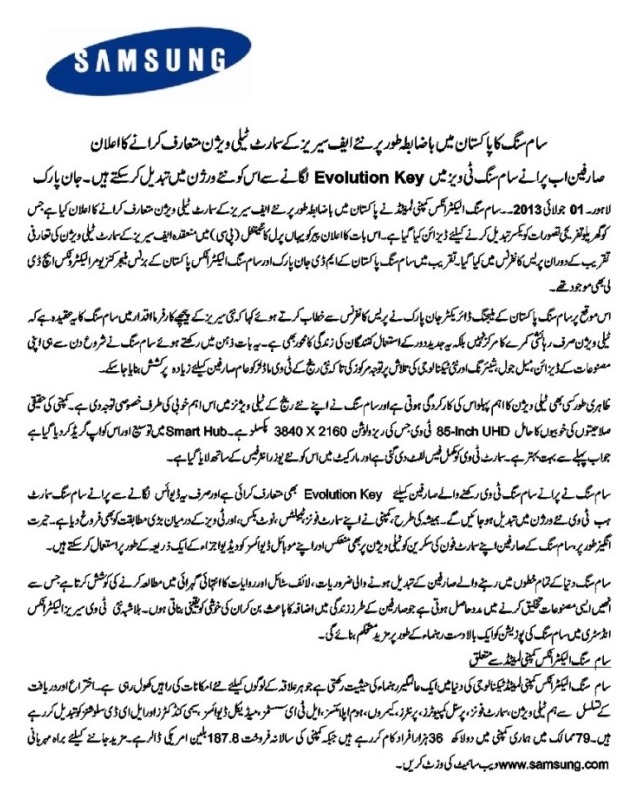