Last year, the Chinese Smartphone giant could not seem so to break the “Entity List” of the U.S. Commerce Departments. The latest blow set comes from manufacturing companies in South Korean manufacturing Samsung Display and LG Display, due to US restrictions, Samsung and LG are expected, to stop supplying panels to the Huawei Flagships.

Samsung, LG Display to stop Supplying Display Panels to Huawei due to US Restrictions

The US administration recently took a step to tight restrictions on Huawei and confirmed that all parties that want to deal with Huawei will be required to have a new license. The new restrictions come into force on 15th September, following which companies would like to continue work with Huawei and have to get a new license otherwise supplying parts will be stopped if they don’t have the license. Although some companies like the Taiwanese chipmaker MediaTek already have applied for the new license, a South Korean’s source confirmed that as soon as the restrictions are in force both Samsung Display and LG Display will stop supplying panels to Huwaei.

Recommended: Samsung is shutting Down its China TV Factory 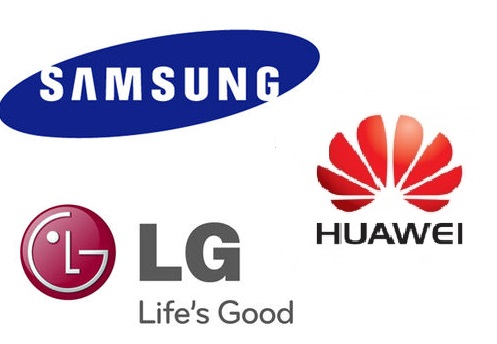 LG Display stated in a statement that the US restrictions will have minimum impact on the company business as LG Display supplies a limited number of panels to Huawei. On the other hand, Samsung Display refused to comment. Unknown sources from Huawei show panels from a number of producers. These include the BOE and CSOT, the above-mentioned manufacturers of South Korea and China. Although a large number of displays on Huawei are made by Chinese companies, the company is known to use Samsung’s premium OLED panels on the Huwaei devices. For example, the entirely used for Huawei P40 Pro+ Samsung’s OLED screens, the LG’s Display,

Samsung’s DisplayBOE’s screens used for P40 Pro, L the older P30 series used Samsung display OLED  panel. This means that while OLED screens from its Chinese partners may still be supplied by Huawei, the next-genre flagships there may not be the highest quality OLED panels.