Samsung New Radical Galaxy Phone Leaks Shows Remarkable Device. We are anxiously waiting for Galaxy S10, rendering it to be the best ever device launched by Samsung. However new leaks confirm that Samsung is planning to launch even better radical galaxy phone soon. This discovery was made by no other than eagled eyed Dutch Site MobielKopen. The website uncovered plans which Samsung submitted for a new radical smartphone design.

Here is the image of Samsung New Radical Galaxy Phone

The best thing about this design is that this device will be truly bezel-less on three sides with just a tiny top bezel. There would be no notch as well! 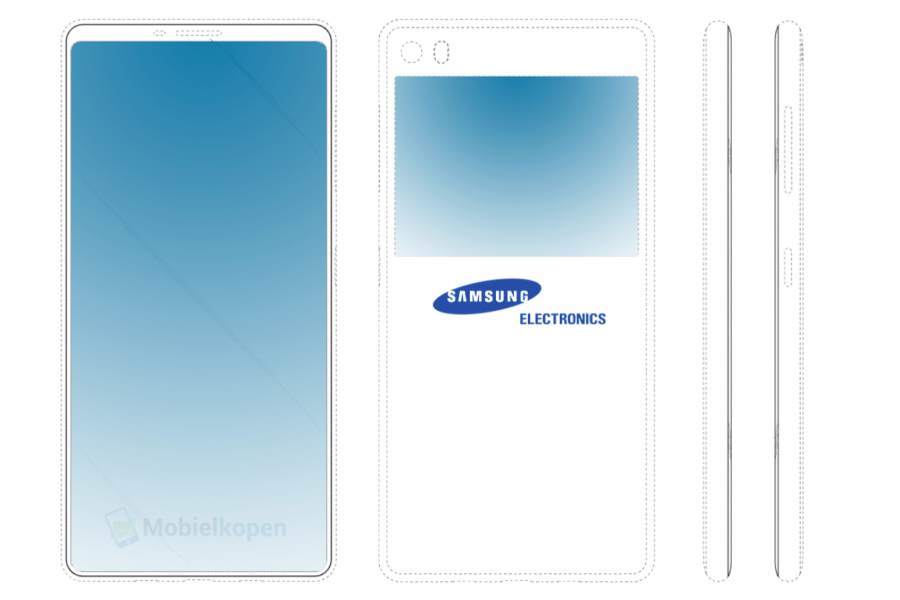 However, it seems that core design has copied one of the most innovative features of Apple iPhone X in a better way. Apple achieves no chin on the iPhone X due to its curving display. Samsung plans to expand the display halfway down the back.

In this way, the rear display will allow the powerful main rear camera to be used for selfies. In this way, no extra space would be consumed by front camera. It is the best decision, unlike breakable pop-up cameras like Vivo Nex and Oppo Find X. Yes, this is something out of the box.

Another good thing is that physical fingerprint scanner is absent in the image. It means Samsung will probably add in display fingerprint sensor in S10 and this flagship device too.

Samsung’s plans show the removal of the headphone jack

Let’s see what name Samsung will give to this new upcoming radical device and how much time it will take to become reality from concepts.