When we say Foldable phone, the first thing that comes to our mind is a brand named Samsung. No doubt, the Korean tech giant Samsung was the very first company who brought the concept of the very first foldable phone in the market. However other brands also worked to launch even better devices then the planner. For the very first time, Samsung Foldable device was launched, it couldn’t please people as it failed the durability test. However, the company improved the devices and launched it under the name Galaxy Fold. This time Samsung has come up with another idea, Samsung Rollable Screen Phone.

Samsung Rollable Screen Phone- The Next Big Thing in Market

This next-generation foldable device will be the next big thing in the market. Samsung showcased the device with a rollable display at CES Las Vegas. We had previously heard rumours that LG is also working to launch rollable devices. However, it seems Samsung is almost ready to launch the device and like always it will win the race. 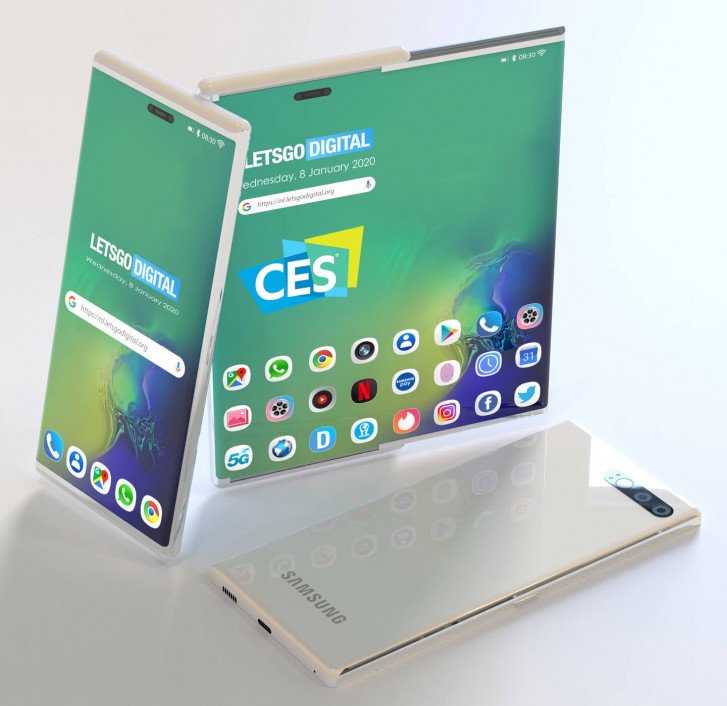 Well, we do not have the actual details of the device as very less number of people were able to view it. The display of the rollable devices is the same as the one company is using for the Galaxy Fold. LetsGoDigital has released renders of the device with the display of 6″ to 8″. There is no surety whether these renders would be right or wrong.

It seems like we will have to wait a little bit more to know about the exact details of the device.