The highly anticipated Galaxy S10 series is in the pipeline of rumors for many months. A lot of leaks and rumors had been swirling around us about this upcoming series. Recently, a  leaked image surfaced on Twitter. According to that, Galaxy S10 Pre-orders will start from Feb 22 in Indonesia and on Feb 21 in the West.

According to the latest reports, Galaxy S10 will debut in Indonesia on Feb 21 and the pre-orders of the smartphone will begin on Feb 22 in the country. However, the phone will go official on Feb 20 in the West. So, it is expected that its pre-orders will start on Feb 21 in the West. Let’s have a look at the leaked image. 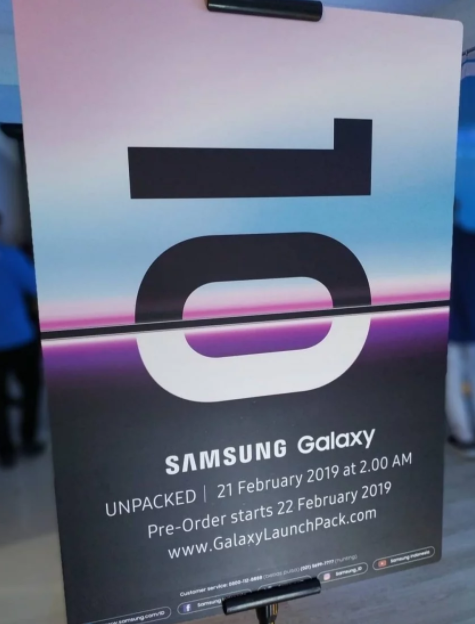