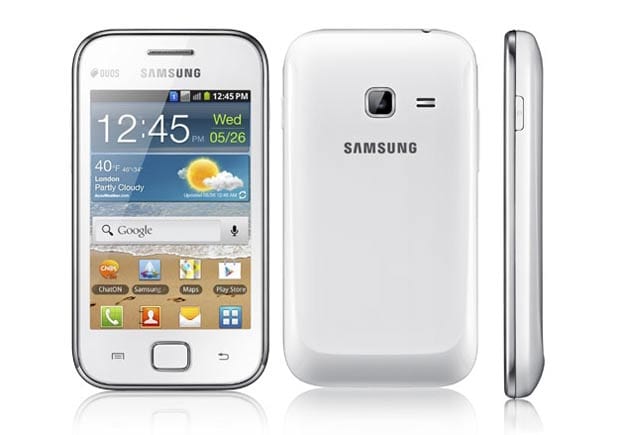 The Samsung Galaxy Ace Duos meets expectations when it comes to specs. Powered by a 832MHz processor and 512 MB RAM, it runs on the Android 2.3 Gingerbread OS. Boasting a 3.5 inch HVGA LCD screen with a 320x480p resolution this smartphone goes on to show a 5MP camera however with VGA recording. The storage space allotted to the phone is 3GB not very impressive but it comes with a microSD slot. The battery is 1,300 mAh falling a step lower than the CDMA one which stands at 1650, but it still does the job quite well for the Duos.

Now coming to the main aspect of the smart phone which is the ‘Dual SIM always on’ feature. The brilliant thing about this feature is the fact that it allows you to accept calls coming on either SIM, which means no more missed calls. The launch of the Galaxy Ace Duos has begun since June and will surely progress to the rest of the smartphone hungry globe.

Cost wise we are expecting a similar price put forward in India, which is $240.