We all know that all the available smartphone’s interfaces rely heavily on taps and swipes. In order to perform any task on the phones, you have to either tap or swipe. Samsung seems to be working on a new way of interaction with smartphones. The latest Samsung’s In-Air Gestures Patent hints at a new way to interact with smartphones that will remove the need to even touch the phone displays.

The new method described in the latest patent is based entirely on motion and in-air gestures. In order to implement it, Samsung will fit compatible devices with a new sensor unit. The new sensor unit will be capable of recognizing motion. Whenever any motion will be detected, the Motion Detecting sensor will automatically activate the gesture-based interface. 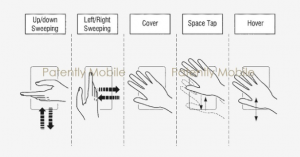 Moreover, the gestures will include swiping, scrolling and a new space tap that will simulate a traditional tap. In addition to that, covering the whole display will switch the smartphone off. 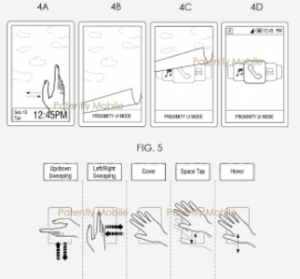 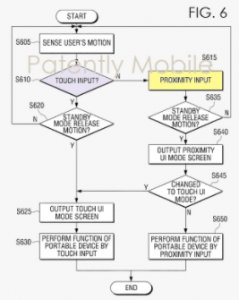 However, the fact is that the touchscreen panels are viable options in almost all scenarios. It seems that the company has a very limited number of customers in mind that could potentially benefit from it.
Samsung has mentioned that the smartphones based on in-air gestures will be useful in the countries where the temperature is extremely low. Moreover, the company also noted that the feature could benefit drivers. After all, touching the display of a smartphone is unsafe and impractical while driving.
This is not the first time when any mobile company has hinted at the in-air gestures. Apple is also said to be working on such an implementation. However, there are chances that Samsung’s alternative could be just around the corner.
Also Read: These Two Samsung Galaxy Phones May Launch At October 11 Event
Laiba MohsinLast Updated: Sep 27, 2018
Share
Facebook Twitter Pinterest