The smartphone maker, Huawei keeps on introducing new handsets to engage its users. The Huawei P Smart 2019 went official earlier this year. It is a budget-friendly smartphone all packed with some good specs. Recently, the company has announced Huawei P Smart+ 2019 which is similar to the previous version with an improved camera set up.

The Huawei P smart+ 2019 is very similar to the Huawei P smart 2019. It comes with a 6.21” 1080p+ screen. The handset is powered by the Kirin 710 chipset. Furthermore, it comes with the Mali-G51 MP4 which has the GPU Turbo 2.0 for smoother gameplay. In addition to that, the chipset is paired with 3GB of RAM and 64GB storage. However, the storage can be expanded up to 512GB via microSD card. The handset features a 3,400mAh battery to keep the lights on. 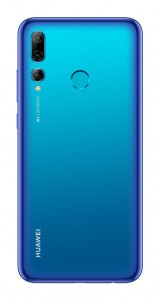 The main difference in both versions is the camera set up. The handset features a 24MP main shooter that is joined by a 16MP ultra-wide angle camera and a 2MP depth sensor. On the other hand, the non-plus model has a 13MP main camera and 2MP depth sensor. So, the new version has an improved camera as compared to the predecessor. The handset has an 8MP Selfie snapper and a waterdrop notch. The AI Rear Camera can stabilize the image for low light photos with Night mode and can shoot 480fps slow-motion videos. 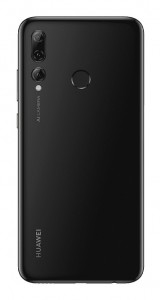 The P smart+ 2019 Color Options include Black and Blue. There are still no words about the price and availability yet.