According to the first quarterly report of fiscal year (FY) 2016, State bank blames that the major reason behind lower mobile and broadband usage in the country is Heavy taxation on the telecommunications sector.

The broadband users are increasing very rapidly day by day in Pakistan but the data users are not increasing with the same rate. The reason for this slow rate is heavy taxation on broadband usage.

The country presents a huge market of about 130 million people that needs broadband services; currently, there are 21.2 million broadband users [subscriptions],”

The SBP said in its quarterly report

“Despite being among top 10 countries of the world in terms of number of mobile users, the share of broadband and mobile users in Pakistan is still low,”

According to the Central Bank following key taxes directly impact consumers and providers of mobile industry in Pakistan:

“Heavy taxation in this sector is the major reason of lower mobile and broadband usage,” which is in addition to other issues: quality of services, complex price structure, and high charges of devices 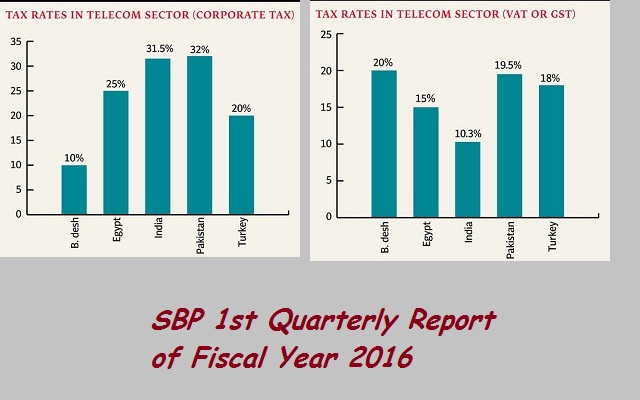 for every 10% increase in the penetration of broadband services, there is an increase in economic growth of 1.3 percentage points. “Therefore, we believe heavy taxation on mobile services in Pakistan does not bode well for economic growth in the country,”