Akhtar Fuiou Technologies, which is an emerging financial technology (Fintech) company, has received State Bank of Pakistan’s (SBP) in-principle approval for Electronic Money Institution (EMI) license, making it the third fintech company to receive the in-principle approval from the country’s top financial services regulator. With the approval, the company has its resources set on digitizing the financial transactions throughout Pakistan with the launch of  e-wallet, to digitize payroll processes of industries, facilitating remittances through the wallet and provisioning of Point of Sale (PoS) terminals for processing digital payments.

“The in-principle EMI approval for e-wallets provided by SBP will allow AFT to connect with and extend its services to Pakistan’s large unbanked population,” a statement from the company stated. “AFT will effectively contribute to further the digital payments ecosystem in Pakistan and in doing so, it will bank on its extensive international reach with ready access to state-of-the-art global technology,” it added. 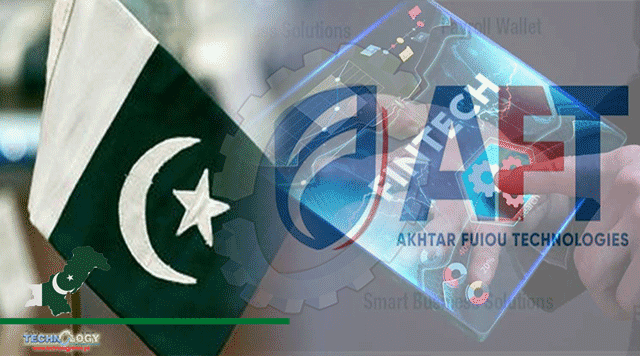 “Our aim is to bring top-notch technology from China to Pakistan and we will rely on our local partner, Akhtar Group, to set up the network and the connections and to better serve the Pakistani merchants and institutions and individuals,” says Mick Wu, the CEO of Akhtar Fuiou Technologies.

With these companies together, AFT is set about with an initial investment of roughly $5 million and zealous plans for Pakistan’s payments industry.

According to a statement from the company, “AFT’s first focus is to offer e-wallets for domestic industries to digitize their operations.” The company asserts that its entry into Pakistan’s new economy is in line with its beliefs to work towards the reduction of financial exclusion in the country.

“Starting off with cloud-based payroll solutions would enable AFT to rapidly provide mobile wallets to the primarily unbanked employees of agricultural commodity-based industries located in Pakistan’s rural areas,” says Qasim “The idea is to digitize, document, and streamline raw material procurement, which makes up the bulk of the cost of production in these industries,”

For the e-wallet, AFT is going to harness the ability of Fuiou Pay that has a technology team sitting in China. Though the technology is going to be modified for the Pakistani market, it is going to be built on cutting-edge and innovative foundations that Fuiou Pay has worked to build over the years in China.