According to a press announcement distributed across various sites, Sega will “delist the digital editions of” Sonic the Hedgehog 1, 2, Sonic 3 & Knuckles along with Sonic CD on May 20th. There is very little information in the announcement. (It could be read quickly as a speedrunner could complete Green Hill Zone 1), but it does state that the titles being pulled will be included in the future Sonic Origins compilation.

Currently, it appears that this is primarily a problem for PC gamers. On the PlayStation Store, such games aren’t sold separately. Whereas, on the Xbox, only 2 and the CD are sold separately. However, all of the games are offered on Steam. Sega has announced that the Sega Ages editions of Sonic 1 and 2 will be available for purchase on the Nintendo Switch and the ability to play 2 with Nintendo Switch Online Plus.

Origins isn’t going to release until June 23rd, which means there will be a month where you won’t be able to buy, for example, Sonic CD. Even if you ignore the gap, it’s still upsetting that Sega is removing the opportunity to legally purchase titles separately from other games you might not desire. 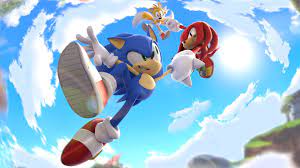 It Will be a Pricey Option for Gamers

It is especially true because of the pricing. Sonic Origins might cost $40, while the delisted games are all $5 on Steam. Sure, the ones in Origins will be updated and include new game graphics, a museum feature, and other goodies. But if you don’t care or only wish for one or two of them, you may find yourself paying a lot more.

We say “may” since the press statement is light on details, leaving a few questions unanswered. Sonic Origins isn’t the first game collection issued by Sega. What about the Sega Genesis Classics bundle on Steam (also known as Sega Mega Drive and Genesis Classics)? Sonic 1 and 2 are included on the Switch and other consoles. Whereas Sonic 3 and Knuckles are included on the PC version. Will those collections be lighter by a few games for individuals who purchase them after May 20th?