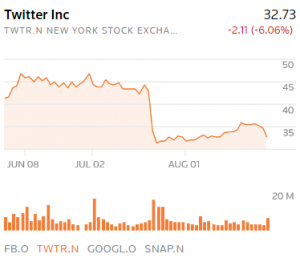 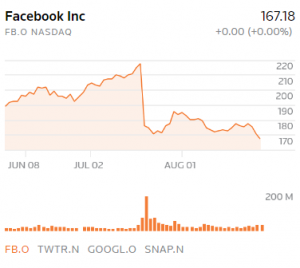 “Twitter does not have the broad number of revenue drivers that Facebook has as far as messenger and Instagram, nor does it have the development infrastructure for new applications the way Facebook does, so that’s why it is selling off more”

Facebook Chief Operating Officer Sheryl Sandberg acknowledged to the Senate Intelligence Committee that the company was too slow to respond to Russian efforts to interfere in the 2016 U.S. election and general American political discourse, but insisted it is doing better.

Prior to the hearing, President Donald Trump accused social media companies of interfering in the U.S. mid-term elections in an interview with the Daily Caller. Although he didn’t provide any evidence. The report gave no other details. The only thing that we noticed was the fall in the social media stocks. The shares of the companies fell instantly after defence in the US Congress.