In this era of technology and the IT race, chips and mini-LEDs are in huge demand. There are millions of gadgets and instruments that contain these LEDs. Apple announced several mini-LED devices in 2021, including the bigger M1 iPad Pro and revamped MacBook Pro editions in 14-inch and 16-inch sizes. The California-based powerhouse is likely to incorporate this screen technology into other goods, resulting in widespread acceptance. According to one research, mini-LED panel sales will expand by 80% this year as the variety of product kinds with mini-LED grows, and Apple should be credited for this achievement.

Shipments of Mini-LED Laptop Panels May Increase About 150%

According to the newest forecast from Display Supply Chain Consultants (DSCC), several mini-LED panels exports for tablets would increase by 80 % to 9.7 million devices by 2022, according to 9to5Mac. DSCC explains these shipments for laptops are expected to climb by 150% this year, or 5 million units. Although a few Windows-based notebook manufacturers provide mini-LED illumination, Apple’s 2021 MacBook Pro 14-inch and 16-inch models will probably take the lion’s share in the market. 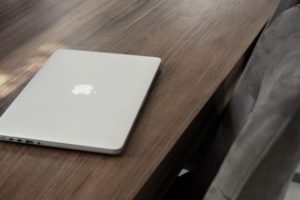 If you’re wondering how Apple plans to increase mini-LED uptake, the company is expected to release a MacBook Air having a screen upgrade eventually this year. The mini-LED display and hardware advancements, presuming Apple maintains the pricing reasonable, could produce this notebook Apple’s greatest for the year, enabling adoption rates to surge.

When is the Release of Products?

It is also reported that all 27-inches iMac Pro, which will be released later this year, may include mini-LED having ProMotion compatibility, so it’s fair to presume that the Cupertino technology titan is going everything on this shift. Perhaps, other tablets and notebook makers will recognize the relevance of mini LED and begin to incorporate it into their future devices.

You may be also interested in: A Drone with a Defibrillator Rescues First Swedish Heart Attack Patient