[dropcap1]T[/dropcap1] he implication is that rather than being an app used in certain circumstances, Siri should be thought of a general purpose tool to achieve just about anything. I suspect the people in charge of Google Now’s development have similar ideas. Virtual helpers conceived along those lines could transform how people get stuff done with a smartphone, and remove the need for them to interact with the apps and websites they must turn to today. 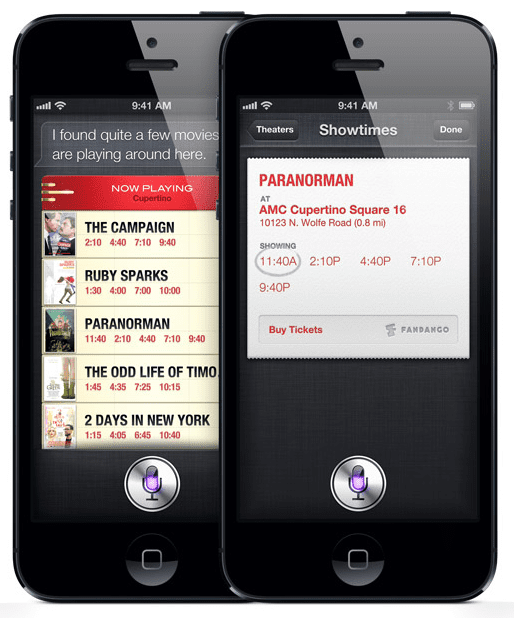 Right now, Apple and Google’s operating systems are platforms on top of which the things a person needs sit. Achieving something involves a collection of apps, and often the Web, that users customize. The operating system just makes it possible to go to the places you need to go. If Apple and Google make their virtual assistants really work, that could be replaced by a much more centralized approach. Want something? Ask Siri or turn to Google Now and they’ll do the work of dealing with all those Web pages and apps for you.

It’s already possible to see how that could make things easier for people, and also remove the need for them to install or really be aware of apps as they are today. Many people with iPhones make use of Wolfram Alpha without ever installing it, for example, because it is drawn on by Siri. Likewise, you can find a restaurant and check table availability with Siri without having installed OpenTable, Yelp or any of their competitors. Google Now helps a person track sports scores, and deal with flight boarding passes without their turning directly to ESPN or United’s own mobile services.

It may be that the era of apps being the main thing about mobile devices is ending. Apple and Google turned to app developers in the first place, and promoted what they came up with, because smartphones needed flashy features to appear worth buying (revenue from app sales has never been very significant). But people get a smoother experience if they can avoid having to think about apps, and Apple and Google get to be more intimate with their users. Data is valuable in itself, and if it becomes possible to buy things through Siri or Google Now there could be transaction fees to collect. If Google Now becomes more powerful it could be a useful way to discourage manufacturers from just taking the parts of the Android operating system not reliant on and branded by Google. Leaving it out would be removing the easiest way for people to use their phone.

Of course anyone that has spent much time with Siri knows that virtual assistants aren’t quite good enough to take over from apps as the main way to get things done on a device. Siri’s rudimentary personality (see “Social Intelligence”) can’t hide the fact that its voice recognition and ability to understand different phrasings isn’t reliable. Google Now’s voice commands have their own limitations, and the app doesn’t always manage to automatically show you the information you really need. But both Apple and Google have signaled that they see their virtual assistants as significant projects to the future of their mobile devices and software. We can expect much more from Siri and Google Now, and perhaps to see less of our apps.