There was a time when Skype was the most widely used platform for making video calls. Soon after the launch of different apps with the same functionalities, its publicity is getting decreased. In my opinion, Skype is preferred for making video calls on the desktop not on mobile. Anyways, Skype is also one of the apps that got more redesigns in the past five years. Now, Microsoft is still ready to try and tweak things once again. Skype is getting a new redesign with New Themes and Features. Microsoft says it has been listening to feedback and, over the next few months, will start rolling out changes to modernize Skype.

Microsoft is adding new themes and layouts, offering some much-needed customization to the main calling interface in Skype. IT will now give you plenty of options. You will be able to choose between speaker view, grid view, large gallery, Together Mode, and even a content view.

Skype is Getting a Redesign Again with New Themes and Features

Skype’s new colourful themes will soon be available, with button gradients, an improved side panel on mobile, and Fluent Design icons throughout the apps. Skype users without avatars will also get colourful gradients to make it easier to let chats apart. 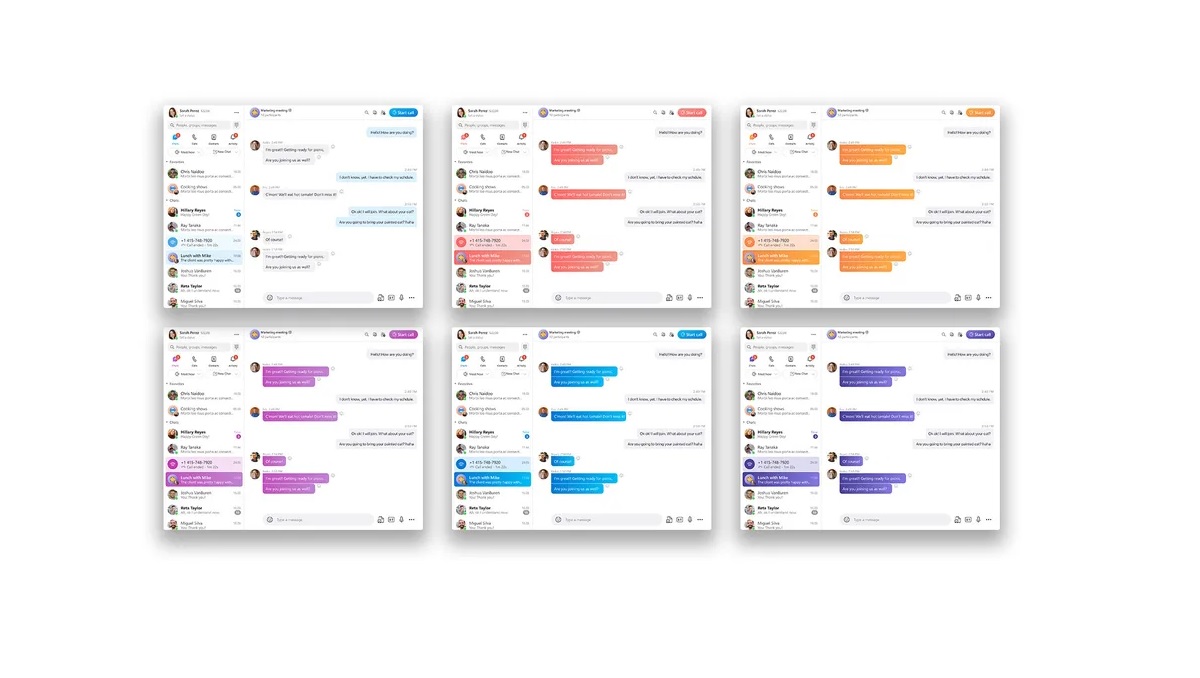 The most important part of Skype is getting the most attention. The grid that’s displayed during calls will soon include everyone on a call, regardless of whether they have enabled video or not. This puts all participants side by side, including your own video in the main interface. 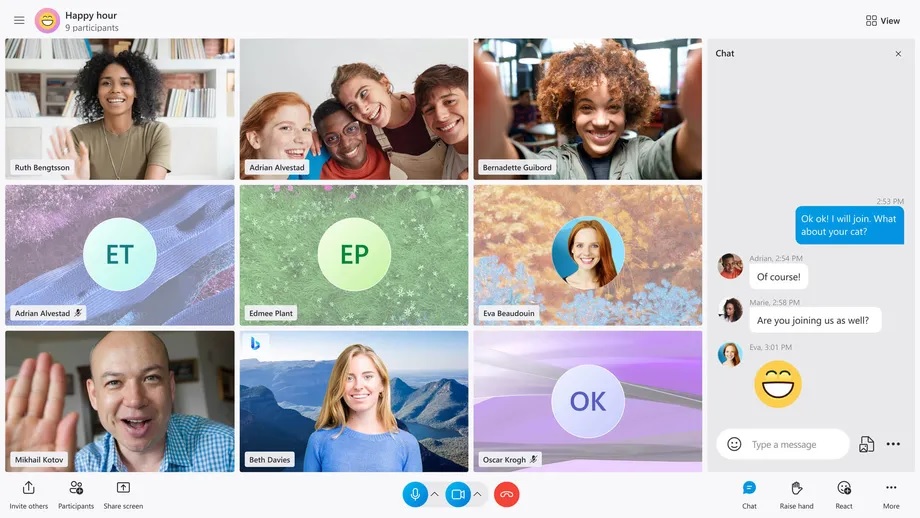 “While we love the design changes, we knew they weren’t enough,” admits the Skype team in a blog post detailing the changes. “We needed to focus on performance to make the experience delightful.”

Microsoft also claimed that it is increasing performance on the Android version by more than 2,000 per cent in “key scenarios” and 30 per cent on desktop versions of Skype.

Microsoft is also making a commitment to support all browsers with its future Skype changes.

“We believe the Skype experience should be seamless, accessible, and reliable no matter what browser or device you are using, so we are adding support for all browsers,” says the Skype team. “We would like to make sure that no matter which device, platform, or browser you’re using, Skype will always give you a great experience.”

Some of these improvements are live now, while others will roll out in the coming months. Currently, users will get the custom notification sounds. Whereas, a new TwinCam feature that lets you add your phone camera will join later.

The new redesign looks amazing and will help to attract more users to use the app for making video calls.