Canalys has issued a report on the Chinese smartphone market’s performance in 2017. According to that report, Smartphone Shipments Declined in China For the First Time in 2017. The report says that 4% less devices sold last year as compared to 2016. Moreover, 459 million smartphones were shipped in China in 2017.

Smartphone Shipments Declined in China For the First Time in 2017

See Also: LG will Launch New Smartphones when it is Needed, CEO Confirms

The drop in overall yearly sales was heavily influenced by the fourth quarter, when shipments decreased by 14% as compared to Q4 2016. 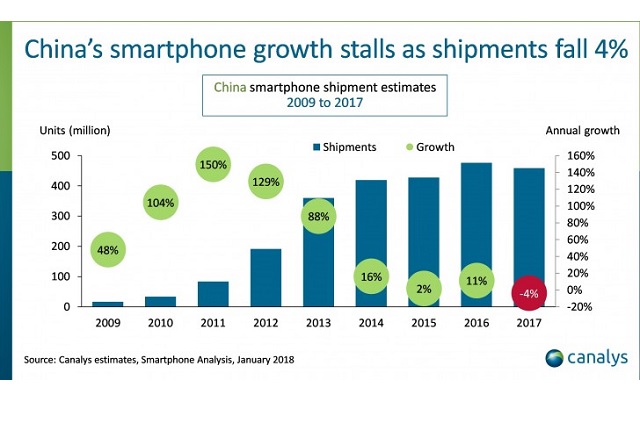 The two other Chinese brands, Meizu and Gionee’s positions in China could weaken even more in 2018. Moreover, Lenovo and ZTE will turn their attention to their home market too.