Even as manufacturers continue to roll out Ice Cream Sandwich (Android 4.0) updates for their handsets, Google has already announced Jelly Bean (Android 4.1), the next update to its mobile OS.

While Jelly Bean may be an incremental upgrade, it brings to the table a much smoother performance through Project Butter, a voice assistant similar to Apple’s Siri called Google Now as well as offline voice typing. We spent a weekend with the OS and you can read about our impressions here.

Singapore Samsung Galaxy S III owners will be getting Jelly Bean in October. The Galaxy Note, S II, S II LTE, S Advance, Ace 2, Beam, and Ace Plus will all be getting the update, too.
The latest Galaxy Note 2 will launch with the new OS.

The Android 4.1 update for HTC’s One X has been rolled out. If you still have not gotten yours, it’s probably best to check the software updates in your settings menu to see if it’s in the background waiting for you to launch it.
Apart from that, the One S 4.1 firmware has likely rolled out too, do leave a comment if you own the handset and have gotten the upgrade. As for the new HTC One X+, well, it launches with Jelly Bean.

The Xperia T/TX and V will ship with Ice Cream Sandwich but will get the Jelly Bean update in “mid Q1 2013”. Sony has also promised Android 4.1 for global versions of the Xperia S, acro S, ion, go, P and J. The company did not state when it will be pushed out to customers.

We’re still waiting on a reply from LG though Tech Radar is reporting that the company will be upgrading all its 2012 handsets with Jelly Bean.

Is Apple Deviating from the Signature White Headphones? 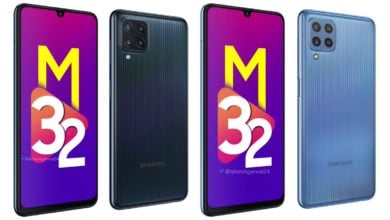