We are living in an interconnected world. This inter-linkage has been made possible by the advent of technology and particularly social media. There are some conversations which are considered confidential. People tend to hide their private chats. And they always seem worried about it. It is a wish of every person to have a private chat room. So that they could communicate under full secrecy.

Top 4 SMS Apps for Android with Private Boxes and Other Privacy Options! 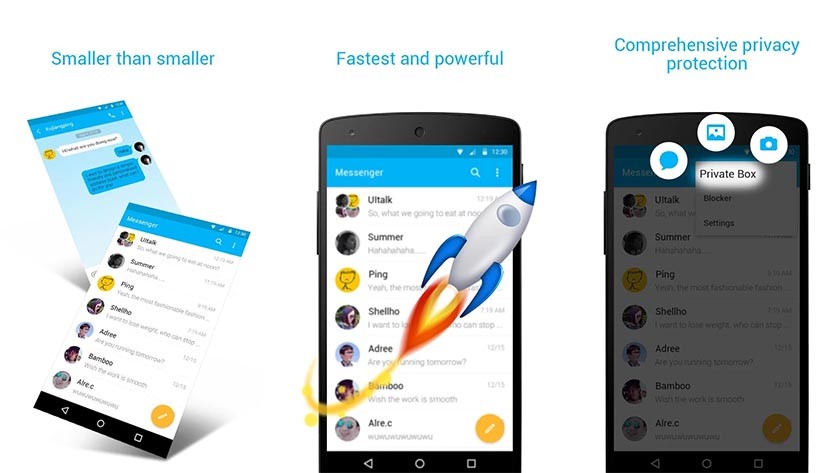 Zero is one of the fastest Android SMS apps. It has a very special privacy feature and a simple user interface UI.

I have ranked Zero at the top of my SMS Application list. There are a number of reasons for the top ranking. First and foremost, the Zero SMS app is a lightweight application with a very simple user interface. Zero SMS app has a small size and very easy to install. The founders of Zero SMS app promotes it as a smart app that provides the best privacy options.

Zero SMS app has a private inbox feature. It is secured by a pin code protection. This is the place where you can save confidential conversations. It has an option by which you can mark any number as private. After doing so, Zero messaging app will automatically shift the conversation of a marked number to a private folder.  Therefore, it is evident that Zero has a very simple user interface UI.

Zero messaging apps have another brilliant feature in the context of privacy. There is a message blocker option which you can set to blacklist SMS from certain numbers. It enables users to eliminate SMS containing a specific word or phrase. We can also turn on the Alert notification whenever any SMS gets blocked. Zero provides a variety of free themes. There is a very simple way to download it from the Play Store. The only annoying thing in this app is the ads which pop-up frequently. 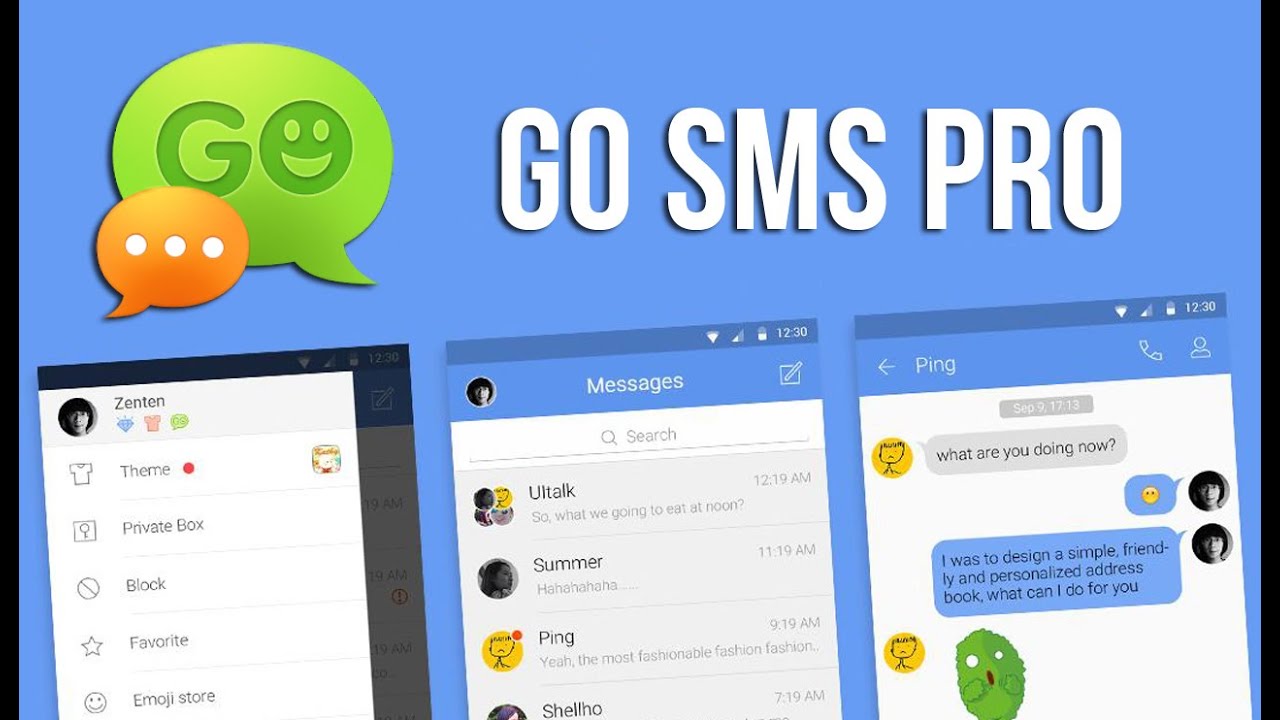 Go SMS Pro is one of the initial messaging app and comes with a lot of interesting features. This app is considered as one of the best messaging application for people who are always worried about their privacy. Its not a lightweight app like zero.

Go SMS Pro is a fully customizable app. There are a bunch of themes available to download. Along with it, there is a full support for emojis and stickers. These attributes make this application colorful.

That’s not it. There are some other very vital features due to which this App comes on second place. These features include Private Box, where you can save your private messages. And it is also protected by a pin lock. In addition to that, there is a feature of SMS-blocking and also supports Dual-sim matching. It implies that Go SMS pro can be used on two sims simultaneously. It also supports disabling all sponsored messages. There are some extra features as well like pop-up texts, Go chat and Delay to send option.

Although, Go SMS Pro has a lot of additional features. But I have listed it on the second position. The reasons are that it has a complicated user Interface UI, it’s a heavy app and there is too much interference of ads while using this app. 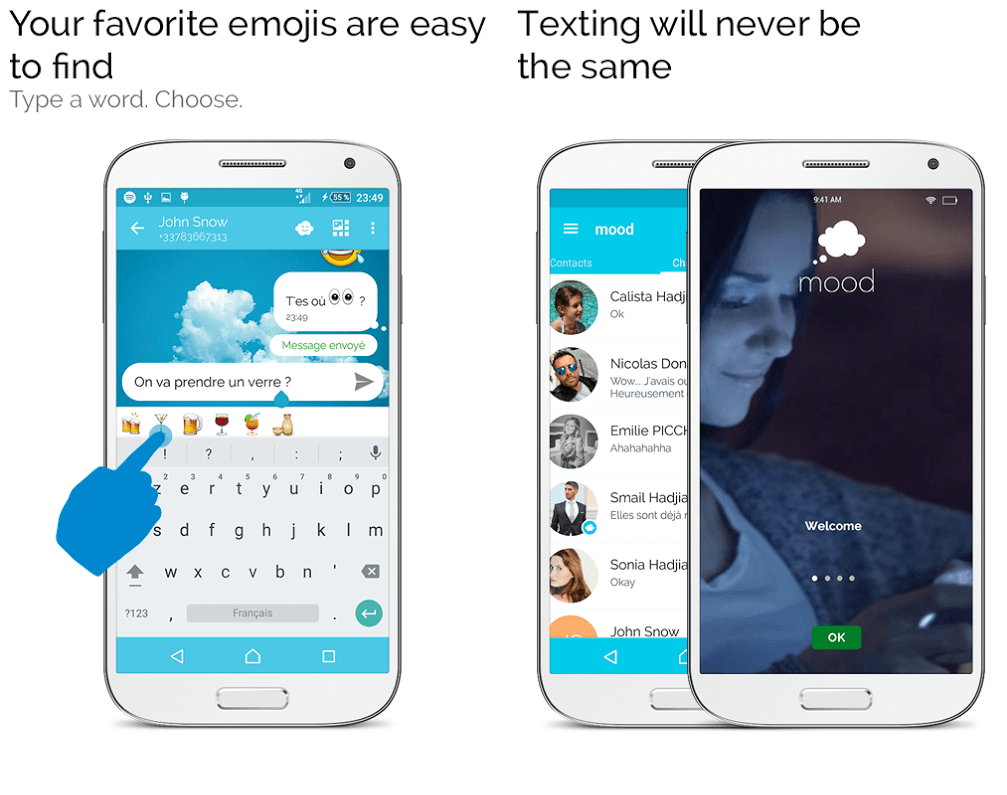 Mood messenger is one of the best rated messaging application. The app is fully customizable. It has a simple user interface. Therefore, it is easy to use. The display of Mood messenger has bubble shapes and different variety of colours. Along with it, there is a wide range of backgrounds and 100+ themes. We can also choose different fonts and text sizes. The users get notification alerts through sounds and vibrations. There are animated emojis and a dark mode available.

Now let us talk about security and other exhilarating features. There is a feature known as typing indicator. It enables the users to see when a contact is writing. This app also grants Group Conversation. There is Real-Time Caller ID to check an unknown number. The app has a private box to hide personal messages. It is secured through a password lock. The app can blacklist any annoying messages. There is an animated GIF library as well. Along with these, the Mood messenger supports dual sim and delay sending option to eliminate mistakes.

Now there is a debate that although this messaging app has a lot of additional features then why it comes in at the third place. The reasons mostly surround users’ feedback. One of the users had a complaint about the head notifications which no longer work.  Another complaint is related to Floating pop-up chat thing. Along with it, there is so much interference of Ads. And the compliance mechanism of the app is also not good. 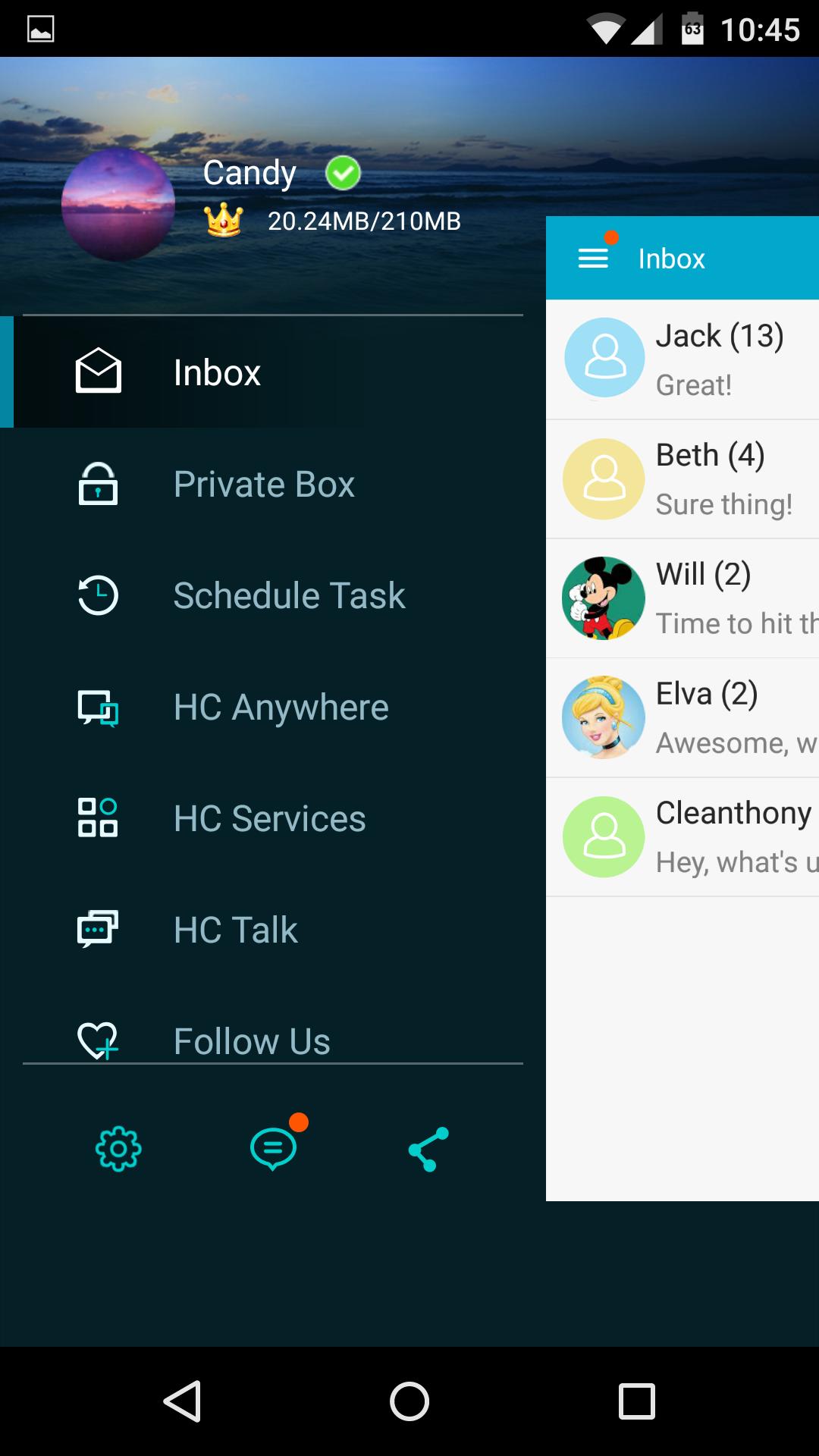 Handcent Next SMS is an advanced app for SMS and MMS. It is free for android phones and is the best replacement for the stock text messenger. It supports attachments of audio recordings, photos and videos. These multimedia files can be saved on a Handcent’s own cloud server. With the latest 8.0 version, the videos can also be compressed. This app also has the features of blacklisting, search functionality for SMS and MMS and sending broadcast emails. Handcent can be used on other devices apart from a mobile phone. It can be used on a computer, tablet and Dual-SIM devices from Asus, CM, Huawei, Samsung, LG, Sony and etc.

Handcent Next SMS has a feature called private box which is a great way to add privacy. The user can hide their call logs, SMS and MMS from unauthorized access. There is messaging back up service. Therefore, you don’t have to worry about losing texts. It can restore all your messages.

But, the App is currently occupying fourth place in my list. The reason is that it has a complicated User Interface UI. Also sometimes the whole text of the message vanishes when the phone changes orientation. The profile picture cannot be displayed on your device unless you register. And like its predecessor, the frequent interruption of Advertisements.

I have posted this ranking of messaging app on my personal experience and observations. These four listed SMS apps with private box don’t have much of a difference. They all are more or less same And no doubt, they are the best four messaging apps with security and privacy features available on the PlayStore for Android Users. Only minor differences have culminated this ranking.