The leading chip-set manufacturer, Qualcomm Announces its Latest More Powerful Snapdragon 835 Chipset yesterday at CES 2017. Qualcomm has brilliantly taken the stage at CES by announcing “Snapdragon 835 Chipset” as a successor of its Snapdragon 820. This chip-set is Qualcomm’s first-ever SoC which is commercially produced while using 10nm FinFET process. keeping in view the latest tech inventions, Snapdragon 835 is developed to support VR/AR along with the ability to run mobile computing systems with full Windows 10 support.

Everything you need to know about Snapdragon 835 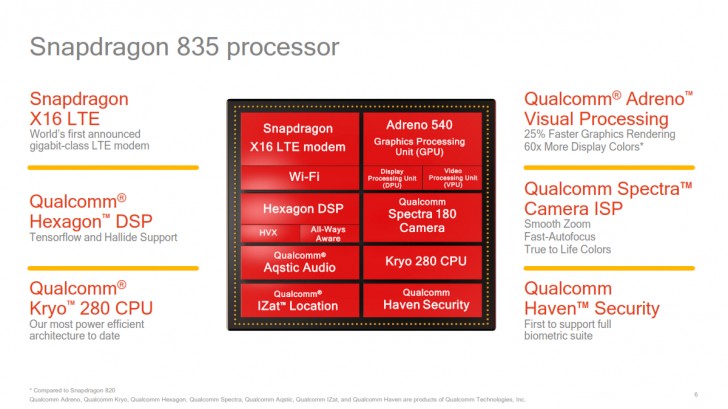 About this huge milestone, Qualcomm says at CES 2017 that:

“The 835 has a 50% power reduction compared to the Snapdragon 801, 2014’s flagship processor. It is based on 10nm fabrication technology — a first for the Snapdragon line — which is smaller and allows for thinner phones with larger batteries compared to earlier processors.”