Long ago studies have claimed that excessive use of social media affects the mental health of human beings. Be it a girl or a boy. But the recent studies have a slightly different aspect to them. Social media affects girls way more than boys, raising the possibility of windows of vulnerability in adolescence. According to experts, girls who engage with social media from ages of 11 and 13 were less satisfied with their lives one year later, whereas boys aged 11 to 13 were more satisfied.

Girls are More at Risk

At other ages, the researchers discovered no link between social media use and happiness, except at 19 years old. When higher usage was associated with a reduction in life satisfaction for both sexes. “We discovered that there are some ages, which differ across the sexes when social media predicts life happiness more significantly,” stated Dr. Amy Orben, an experimental psychologist and co-author of the study At the University of Cambridge.

The researchers set out to see if the rise of social media had contributed to an increase in the number of young people suffering from mental health problems. According to the charity Young Minds, the number of children aged five to 16 years old who have a suspected mental health condition increased by 50% between 2017 and 2021. Implying that roughly five children in every classroom are now impacted.

Orben and her colleagues looked examined data from 84,000 people in the UK aged 10 to 80 who took part in the Understanding Society research or the Millennium Cohort Study. These collected data on people’s mental health and well-being, as well as their reported usage of social media.

The study, which was published in Nature Communications, does not establish that social media is harmful to one’s well-being, but the researchers believe there are “windows of susceptibility” for boys and girls that open at various periods. Given the extensive and complicated biological and social changes that occur during adolescence, determining the processes may take some time. 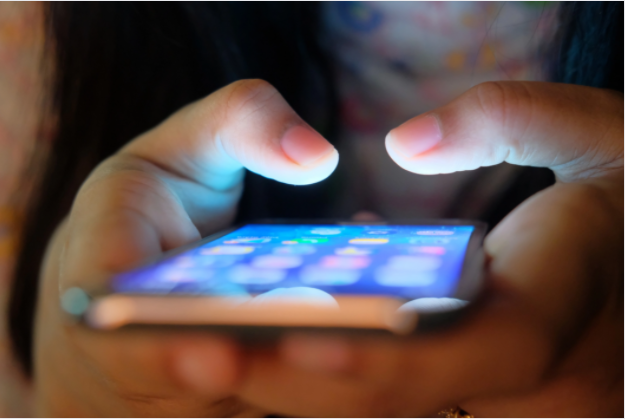 Prof Yvonne Kelly, an epidemiologist at UCL was not involved in the study. She said the findings confirmed what she and others had found. Such as that greater time on social media, online bullying, and poor sleep was connected to increased incidence of depression in females.

One reason that girls are more affected is that social media sets the standards of perfection. Be it their body, their belongings, or the activities they are involved in. These extremely edited and filtered pictures make the girls think it’s only them who have scars.

Prof Sarah-Jayne Blakemore is a co-author of the study and a psychologist at the University of Cambridge. She believes that setting limits for when children use social media can help them sleep better. She also stressed the importance of educating youngsters early on about a variety of challenges they may face. Such as not being invited to events, social pressure, and visuals that may distress them.

The study presented “strong new evidence” that boys and girls have different sensitive periods, according to Dr. Holly Scott is a psychologist at Glasgow University. “Girls tend to be more susceptible to the effects of social media significantly earlier than boys, that could be linked to puberty starting earlier in their life.”