The next technology event is going to held in February. All big smartphone manufacturers are planning to bring their devices in that event. Earlier, Sony has not revealed any information regarding this. However now, Sony will announce new Xperia Smartphones on February 24. The company has sent the press invitation containing some information about the event.

Sony will launch the Xperia devices on February 24 at 8:30 CET. The company has not revealed which devices will be unveiled in that event. 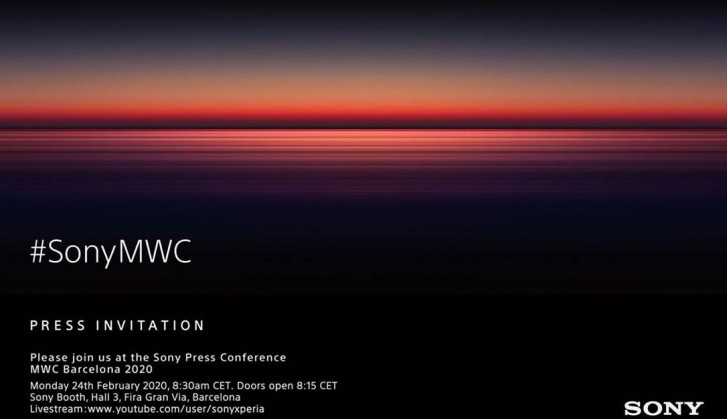 According to some rumours, the company will reveal the Xperia 5 Plus in that event. In some rumours, it is called Sony Xperia 3. The phone has appeared on Geekbench revealing some key specs. The phone will come with the latest and powerful Snapdragon 865 chip. It also shows the phone running Android 10. Moreover, it will have 5G support and will come with a curved back. The rumours also claimed that the phone will come with six cameras at the back. The setup will include 48MP + 20MP + 16MP + 12MP + 8MP + 0.5MP.

The phone will unveil at the end of next month. So, there are chances that we will get some information about the phone before launch.