There are a number of explanations why the Sony’s latest star Play Station 5 is always out of stock, but the main reason originates from the same source: the Pandemic Covid-19 crisis. The Play Station 5 was launched at the height of global Pandemic and the manufacturers stopped and closed down their production supply chains. A bad omen had been hanging over Play Station 5 console as people got the unexpected Ration (cat food, a bag of grain and a pepper mill) at their doorsteps instead of their ordered Play Station 5 and getting out-of-stock as soon as they restocked on the retailer’s websites. 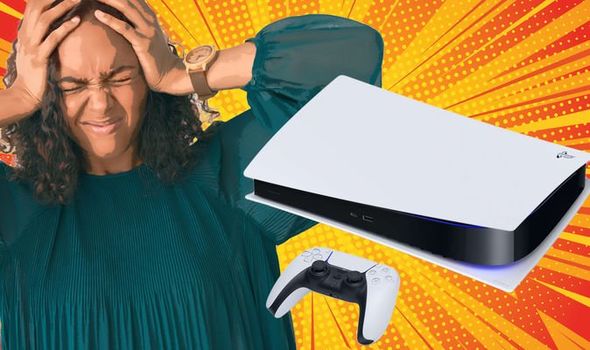 The Pandemic made sure to not only shutdown production lines and reduced the pace of manufacturers slow to a snail’s pace as per COVID-19 SOPs, it made people stay at home and gave them ample time and all they wanted to do was substitute their boredom with Sony’s new console. So, the demand was through the roof at the same time that every part of the world suffered a shortage in semiconductors, delaying the production of consumer electronics even further. Pair that with problems in distribution and we have the situation that we see today.  It’s not that Sony doesn’t want to make more PS5 consoles, with the current demand of course it does, but it can’t. The global semiconductor shortage has affected the PS5 as PS5 runs on AMD chips. AMD like many other companies has outsourced to companies like Taiwan-based TSMC, AMD merely designs them. And cherry on top, Sony is not the only company competing for the Chips, the whole consumer electronic industry wants it. No semiconductors, no PS5s.

The websites of the retailers gets overloaded and crash when the console does come back in stock, the sites error out when the PS5 is added to the basket and the buyer waits for quiet long and becomes an expert at CAPTCHA and the will be informed that its out of stock, and still the delivered items are household appliances and rolls of tissue paper; or the Play Station 5 has become an illusion a mirage, it vanishes when its selected and added to the cart.

According to Sony’s CEO Jim Ryan, “ We could be about to see more PS5 consoles enter production this summer, and we’re working as hard as we can to ameliorate that situation,” said in an interview. “We see production ramping up over the summer and certainly into the second half of the year, and we would hope to see some sort of return to normality in terms of the balance between supply and demand during that period.”

Many Twitter accounts have been made for the PS5 restock alert and tweets about where and at which store PS5 has restocked. Scalpers are making the current situation even worse, they somehow manage to get PS5 into their carts and also leave with the actual purchase and then resells it Us with their own price tag, most times more than $100 than the official price. Big retailers will also sometimes tweet from official accounts about restocks.

With all the hype created for PS5 console along with its very high price i.e. close to pkr.2lac (with scalpers around even more than the stated price) and all the malpractices, and current pandemic situation, its better to wait for its production to normalize. Also, its advisable to get  the console directly from Sony website or from authorized seller, or else the haste and greed can deliver very expensive household item rather than the PS5 console.