Sony is all set to launch its new handset, Xperia 20 very soon. We had been getting a lot of leaks and rumors regarding the handset. Even though, we also got our hands on its renders a few days back. According to the latest reports, Sony Xperia 20 got certified at FCC hinting that its launch seems quite near.

Mukul Sharma has recently shared the FCC documents of this upcoming handset on his Twitter account. Let’s have a look at that first: 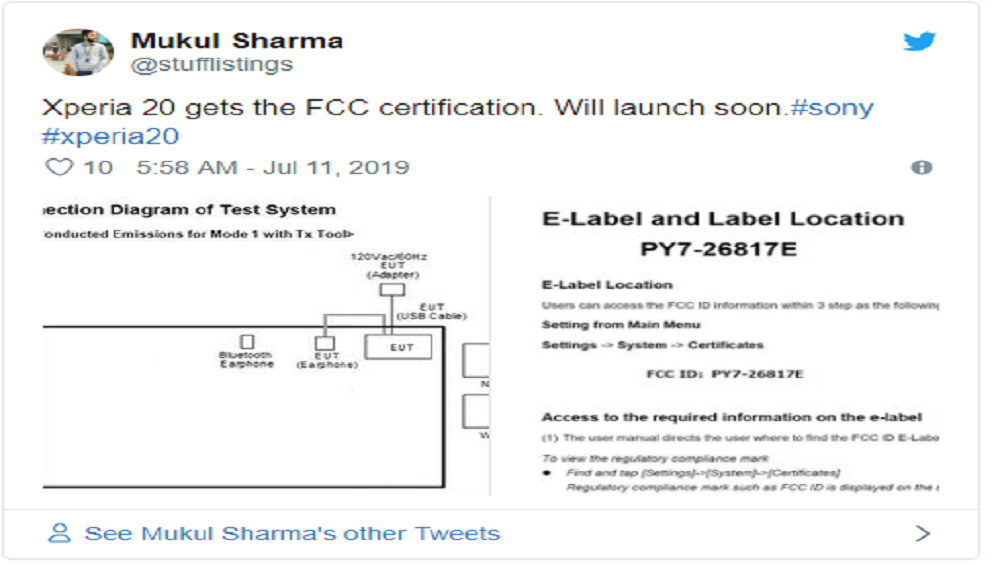 According to some previous reports, the upcoming Xperia 20 will have a Snapdragon 710 chipset. Furthermore, it is expected to be paired with 4GB or 6GB of RAM. The handset will ship with a dual 12MP + 12MP camera set up on the rear. Moreover, it will retain the 6-inch 21:9 dimension of the Xperia 10.

There had been no further words regarding the handset yet. However, some rumors claim that this smartphone will go official with Xperia 2 at the IFA show in September but I think that it will launch earlier. The FCC Certification hints at that clearly. Let’s see what comes next ahead of its launch. Till then stay tuned for more updates.