Sony is all ready to expand its Ace series by bringing the Xperia Ace 2 to the market. The phone has appeared in many leaks and renders and now, it has appeared on Google Play Console. The listing has revealed the key specs of the phone. Unfortunately, the phone will come with a modest Mediatek chipset and an unimpressive screen resolution.

First of all, the phone has appeared with a model number SO-41B. The phone has been certified with a Mediatek MT6765 chipset, which is the Helio P35 platform. It is worth mentioning here that the chipset does not support 5G connectivity. Anyhow, the upcoming phone will have 4GB RAM. 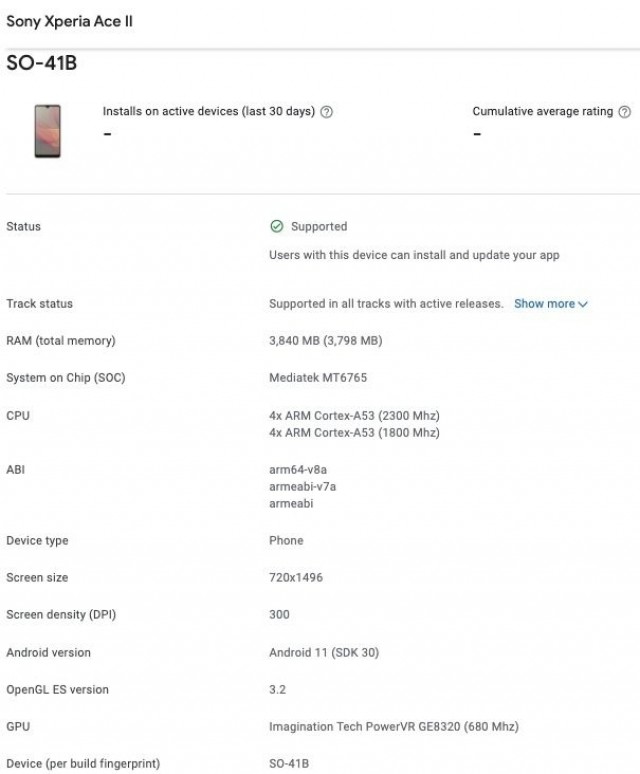 The screen’s resolution is 1496 x 720 pixels, which is a ratio just taller than 19:9, and on the top Sony is going to put the selfie camera behind a waterdrop notch.

Overall, all the specs are not impressive. It seems like it will be a low-end smartphone and will be available at a reasonable price. The previously launched compact smartphone remained exclusive to Japan. So, it is unclear whether the upcoming phone will be available in other markets or not.

It is also a well-known truth that Sony is focusing more on R&D and other AI devices rather than smartphones which could be a reason for not launching high-end smartphones.