SONY smartphones manufacturing company has officially unveiled The SONY XPERIA Aqua M4. It’s the same smartphone that was leaked before its release with 4G-LTE support, in a 5 inch (720 x 1280) IPS display (PPI of 294 and screen-to-phone ration of 65.24%). Powered by a superfast 64-bit Snapdragon 615 chipset with Octa core processor (1.5 GHz) and Adreno 405 graphics. Go down for detailed info about “SONY XPERIA Aqua M4 Review”.

As the name been tagged with “Aqua”, the phone with its certification, giving it the highest protection against dust and water that is possible in a smartphone. This is a great achievement because SONY XPERIA Aqua M4 is the first ever water resistant smartphone that features an exposed micro USB port (cap-less micro-USB charging). So you need no effort at all and you don’t have to worry about breaking the USB port flaps.

SONY XPERIA Aqua M4 has a 5 inches HD display that has the resolutions of (1280 x 720) pixels that is efficient enough to run high definition graphics and high resolution videos. The refreshing rate of the screen is 60.0 Hz. Every inch consists of about 280 density pixels both on x and y-axis.

SONY XPERIA AQUA M4 comes in two alternatives just for its internal storage. The RAM in all XPERIA Aqua series is 2GB. The difference is in the ROM, some of the devices have 8 GB ROM and some have 16 GB.

SONY XPERIA Aqua M4 has a sharp and efficient 13MP Exmor RS rear camera with greater aperture and ISO 3200 sensitivity, 5MP front-facing camera with 88 degree field of view, Bluetooth 4.1, NFC and a 2400mAh battery that works for almost two days after a full charge. The dimensions of 145.5 x 72.6 x 7.3 mm that has been shaped in a perfect design with no cut edges and smoothly curved corners. The weight is just 140 grams that makes it better for the smart features been packed in a low weighted material with precision. SONY XPERIA Aqua M4 has been launched in three different colors which are Black, White and a new Coral color. In the initial days, SONY was up to the mark that the handset will struck up to 100 countries worldwide and the promise been fulfilled after its release in march 2015 with in a price range of about 35,000/=. The Operating System is the latest and is bundled with Android Kitkat 5.0 Lollipop.

SONY XPERIA Aqua M4 has a waterproof 13MP Rear Camera that is packed with the best Sony camera technology. The camera has the power to recognize 52 different scenarios and with auto selection, configures the optimum settings. So you don’t have to do anything and the camera will automatically adjust the best it can. The power of its rear camera is 13 MP and it captures a total size of about 3 MB and the dimensions for its images are (3920 x 2204) pixels. Consider the image of rear camera at a perfect daylight. 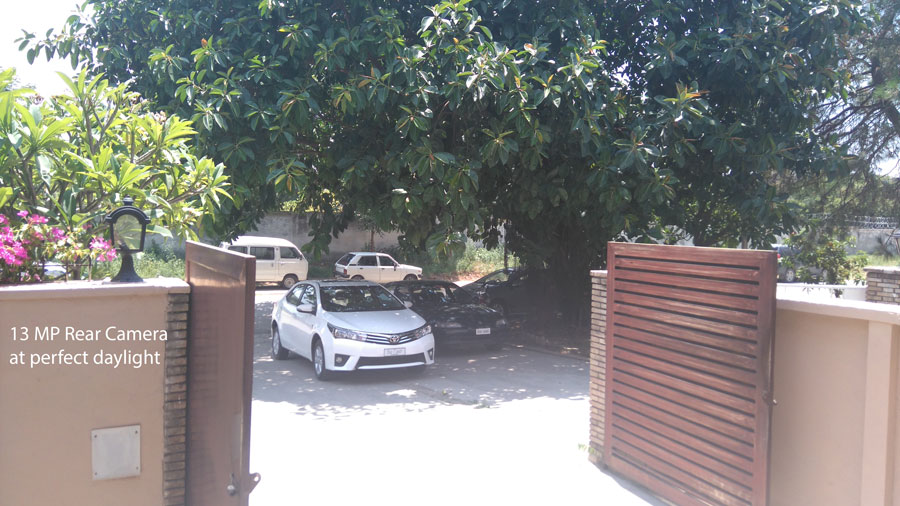 Xperia Aqua M4 features a 5-megapixel front cam with super wide-angle picking ability so that you can even fit more in the shot along with your companions, friends with an impressive view. The size of its 5MP front camera reaches to about 1MB and the dimensions are (2560 x 1440)pixels. Consider them all in the shot below. 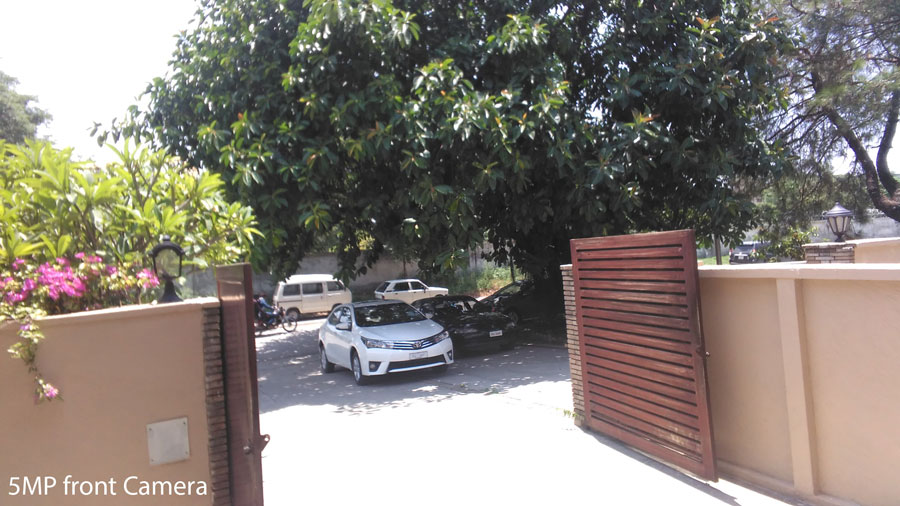 Being powered with one of the most bright processors with chip-set Qualcomm Snapdragon 615 of type 64 bit and eight cores that works with the speed of light and gets your works done with in no time. The frequency fluctuates in between 200 and 1459.2 MHz that works fine with the device without letting it get heat because Qualcomm makes the best processors ever and has a name exactly the same as do Intel have for making processors for laptops and desktops. The chip-set of SONY XPERIA Aqua is MSM8939.

SONY XPERIA Aqua M4 is powered by a lithium-ion technology battery with capacity of 2400 mAh that works for almost two days which is incredibly powerful. So you need not to worry about the charge inside your smartphone on your way home as SONY Xperia Aqua M4 gives you tremendous time spell.

SONY XPERIA Aqua M4 have all the corners curved smoothly and in a proper angle that have no blind edges and doesn’t place any rough sensation in the hands. All the four corners have been fitted with a rigid, hard and powerful material that keeps the device especially the corners of SONY XPERIA Aqua from shocks, cracks and breaks.

SONY XPERIA Aqua M4 is the first ever smartphone that features waterproof ability although the handsfree pin jack and the charging base are open and are not supported with a rubber pad that can save it from water being diffused through. Consult the decent and garbed look of SONY XPERIA Aqua M4 is the images below. The speaker has been introduced at the lower corner that has a pro that the sound won’t get dumped like it is dumped in certain smartphones having the speaker at the lower back when the device is kept on a flat surface.

SONY XPERIA Aqua M4 Review shows the interfaces of Aqua M4 that has been launched with the latest Android version 5.0 Lollipop that features all the up to date information and newly features been introduced in Android devices. The display is smooth and fluent with the touch and you won’t get bored while playing games having size range in gagabytes. The first two snapshots show the general home interfaces of SONY XPERIA Aqua M4 with its 5″ display with dimensions of (1280 x 720) pixels that have been packed with up to 280 DPI. This number of pixel integration gives the screen and icons, a decent nice look that looks smooth and well finished with perfect rounded shaped icons. The third and fourth snapshot shows the general layout of the keyboard and the dial pad being followed with the standard rules. This gives an advantage to the users that the user with the previous knowledge about the keyboard layout gets familiar with the smartphone in no time. The last snapshot is about the storage. SONY XPERIA Aqua M4 has total of 16GB internal memory that also gives you a tremendous push by inserting memory card up to 128 GB that is awesome.

Nearly all SONY devices are famous for their battery and SONY XPERIA Aqua M4 also doesn’t make an exception with its 2400 mAh battery that is well known for working up to two days with normal use. Consider the images that shows duration of battery of Aqua M4, percentage of battery of Aqua M4, total time left, use battery mode feature and a lot many others. The last snapshot also shows the dual SIM settings which can be put to enable/disable mode as the Aqua M4 is featured with dual SIM standby mode.

Vellamo is a bench marking tool that checks the power of Single core, Multi-core and browser for its speed, efficiency, accuracy, intera-processor execution, 3D power of Chrome browser, java script performance, 3D jelly and a large many tests over the three.

Powered with one of the best processors along with 2GB RAM and with Adreno 405 Graphics, the results ought to be better. Although the result with GPU bench mark isn’t been satisfied, yet a total of 13 thousand is a satisfactory total but below the expectations. The points of SONY XPERIA Aqua M4 are being compared with that of Huawei Honor 4C. Although Huawei Honor 4C is cheaper and lesser than SONY XPERIA Aqua M4 specification wise, yet Huawei Honor 4C makes a better total than Sony Xperia Aqua M4.

Each device has a lot of pros and a relative smaller number of cons. The battery, processor, touch, waterproof feature and all set with a powerful battery in a perfect design is the achievement by SONY and have made a better smartphone with open USB and 3.5 mm pin jack with water proofing capability. The camera is 13 MP with AF and supported with a flash light which is great. The only thing in the device is the GPU score is low. The price of SONY XPERIA Aqua M4 is about $350 and the expected price of this device in Pakistan will be around Rs: 35000/=.