Sony is prepping to launch their new flagship phone, Xperia XZ4 at the Mobile World Congress (MWC) 2019 in the coming month. According to some previous reports, Xperia XZ4 Launch Date is set to be Feb 25. Recently, Sony Xperia XZ4 Specs Sheet got leaked revealing all the specs of the upcoming handset.

The screenshot of the upcoming Xperia XZ4 specs sheet got leaked earlier today. It suggests that it was taken from the Chinese or Taiwanese edition of the official Sony Mobile website. According to the specs sheet, Sony Xperia XZ4 will feature a 6.4-inch OLED display that delivers an aspect ratio of 21:9. The tall display of the smartphone will carry support for HDR. Moreover, it will produce quad HD+ resolution of 3360 x 1440 pixels. The display will be protected by Gorilla Glass 5 panel. 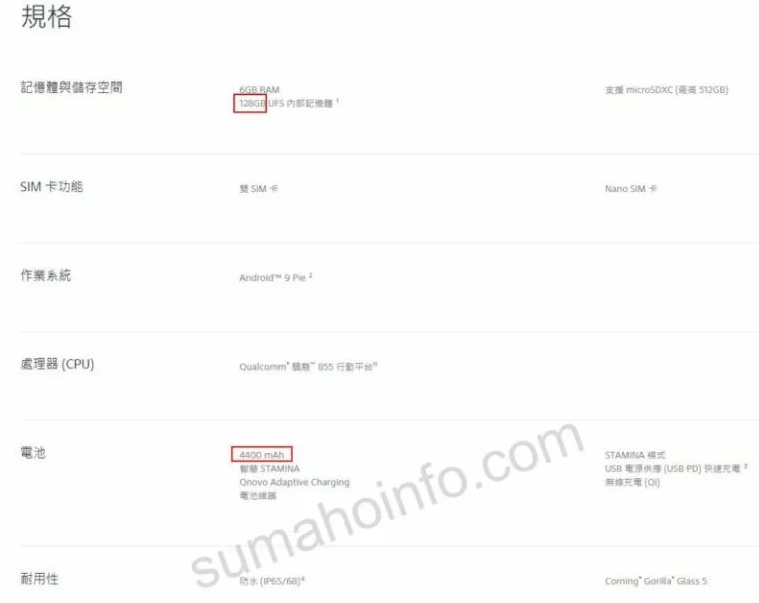 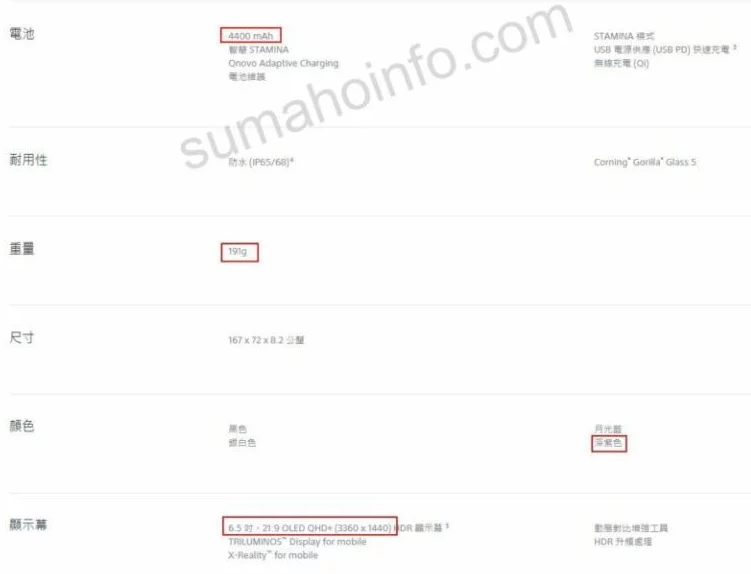 Furthermore, the upcoming  Sony Xperia XZ4 will feature Qualcomm’s Snapdragon 855 chipset. Moreover, the phone will come with the 6 GB RAM and 128 GB of onboard storage. In addition to that, the flagship device will have a side fingerprint scanner. For the photography lovers, the primary camera of the handset at the back will feature a 1/2.3” sensor and OIS. The front panel will sport a single selfie shooter with the super wide-angle lens. The handset will provide a much better camera experience.

Furthermore, the phone will feature a taller display but it will have no notch. The handset will also boast a powerful and massive 4400 mAh battery. In addition to that, the upcoming smartphone will come preloaded with the Android 9 Pie straight out of the box.  The Xperia XZ4 Color Options include black, silver, blue and deep purple. However, almost a month is left in its debut. Let’s see what comes next ahead of Xperia XZ4 launch.